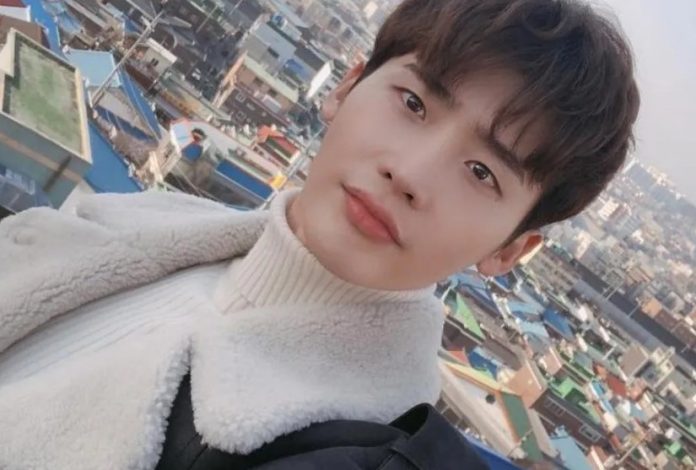 Just a couple of days after completing his military service, Lee Jong Suk thrills his fans with his first activities in the industry.

Lee Jong Suk could return to the screen sooner than you think, the Korean actor ended his military service and sparks rumors of his return to drama.

The star of stories like “While you were sleeping”, “Pinocchio” and “Romance is a bonus book ” ended his mandatory military service a few days ago. The Korean actor was serving as a public worker, due to an accident he could not be part of a military base and managed to fulfill his duties satisfactorily.

Through his personal Instagram account, Lee Jong Suk shared a Storie that alerted fans, because just days after being discharged he already returned to his activities as an actor. The project he could be organizing is still unknown, but the actor shared a photo in a session where he wore a black suit and showed off his long hair.

Some fans shared messages praising Lee Jong Suk’s new look , which was first revealed a few months ago while leaving his service job, but so far they have not been able to see his full image.

After the publication of the actor , some fans began to speculate about his next project, which could be an interview or photo shoot for a fashion magazine, where he could talk about his experience in the army. Fans have waited almost two years for his return and are eager to see him on screen again.

It has also been speculated that his first drama would be the sequel to “The Witch” , a horror film that tells the life of a girl adopted by an elderly couple, but an encounter with strangers will change his life forever . Lee Jong Suk would make a cameo appearance, but nothing has been confirmed, although if not made, he could focus on another acting offer.

His agency has not shared anything about it, but he is expected to resume his K-drama career soon, as expectations are very high after his return.

With a long history in the world of drama, actor Lee Jong Suk has become one of the richest actors in South Korea , find out how much money he has.