Home Entertainment Lee Jihan Allegedly Saved a Little Girl Before Getting Stuck in The... 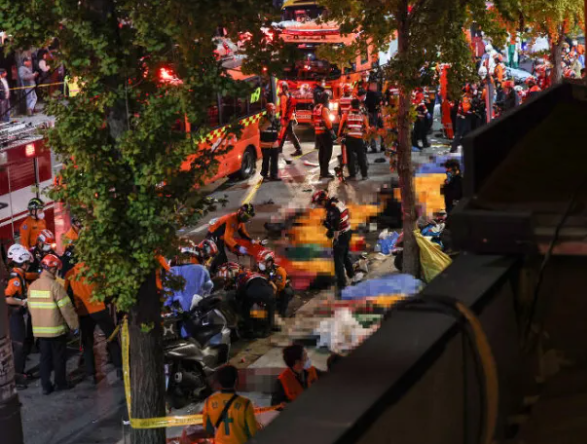 Idol and actor Lee Jihan, who did not survive the tragic crush, reportedly gave his life to save a little girl.

On Sunday, October 30, Lee Jihan (24) was in the crowd during a stampede that occurred in Seoul during Halloween celebrations.

The actor’s agency paid tribute to him, saying, “Lee Jihan was a kind and warm friend to all of us. We would like to express our deepest condolences to his family, devastated by this tragic news, as well as to all those who loved him.” 935 Entertainment also addressed the “star in the sky”.

On November 1, a witness said that the actor noticed a little girl stuck in the crowd, passing by, and came to save her. In the end, the girl was rescued, but the actor could not escape from the crowd.

Lee Jihan lived in the area of the tragedy.

According to Korean media, the little girl’s family expressed gratitude and regret to Lee Jihan’s family.

Although the artist’s family did not confirm the messages, netizens shared their thoughts.

“He is an angel who will return to heaven after saving a life. He is now a bright star in the sky”, “He was just a few steps from his own house… a few steps to the left. Such a kind soul, rest in peace” 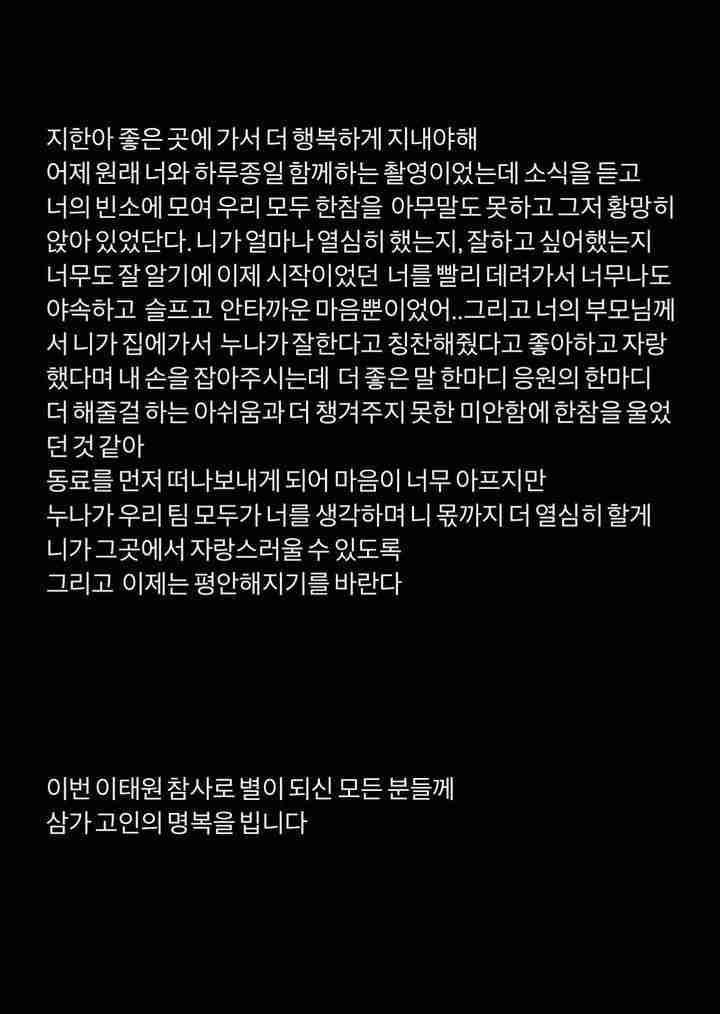 Actress Im Soo Hyang also wrote a letter to Lee Jihan. She asks him to be happier in this new and better world. Find his full letter below!

The actor was supposed to play the main role in the drama “Kok Doo Season” with actress Im Soo Hyang.

In 2017, Lee Jihan made a name for himself by starring in the second season of the South Korean music show Produce 101. Two years later, the young man debuted as an actor in the drama “Today was another day for Nam Hyun.”

So far, all the characters For spoken have been revealed