Home Sport LeBron James: “I will have 45 years to rest when I retire” 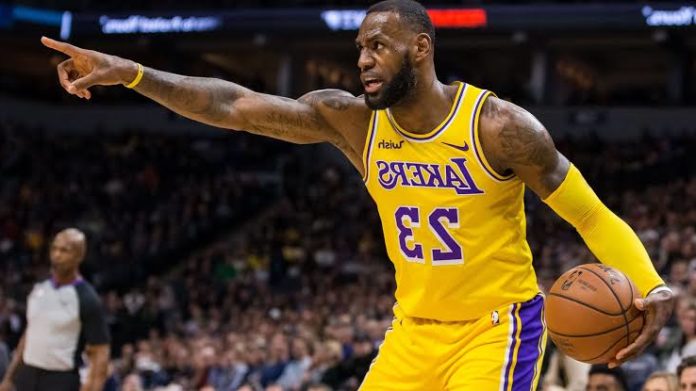 “I will have 45 years to rest when I retire” LeBron James cleared the controversies surrounding the large number of games the Lakers will face this week.

LeBron James is one of the great values ​​of the NBA. During the past season he had one of his worst performances in what was his first year wearing the Los Angeles Lakers shirt so this year he seeks to claim and become a fundamental part of the definition of the most important league.

The hard following of games that the Lakers will face this week, raised doubts about the possibilities of LeBron James being present in all the games. “What are two consecutive games? I’ll be ready. What do you mean by “how am I going to handle it?”, The American said when asked by the press.

“Talk to my trainers. You know how many times I argued with Tyronn Lue in Cleveland when I wanted to sit down and I wanted to keep playing, ”LeBron recalled. “I’m fine, I play. I will probably have 45 years left when I retire so I don’t play basketball, ”said the former Miami Heat player.

Frank Vogel, a technician at the California franchise, said they will try to ensure that their maximum figure is in as many matches as possible, although the physicist can be a major inconvenience. “We will do what we can. Either with days free of training, minimizing their minutes, the burden that entails. ”

“LeBron is amazing. Its impact is seen on both sides of the court, ”added the Lakers coach. “But the best thing is that it is setting a tone for our team with how well it is in defense,” Frank Vogel closed.