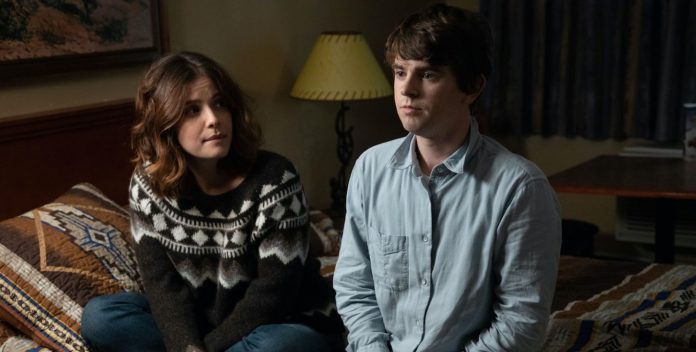 The recent promotional video for episode 7 of season 4 of The Good Doctor, shows how Lea (Paiga Spara) confesses to having an ex-husband, so Shaun (Freddie Highmore) is upset and they argue for never having revealed the truth to her.

The Good Doctor season 4 episode 7 called, “The Uncertainty Principle” seems to live up to the title after the scenes that have been shown recently.

First, the promotional video shows the epic scene in which Lea enters to shower with Shaun, which tells him the reason why they should not shower together (it could be dangerous, with you fearful).

But, then we see the scene that she left all The Good Doctor fans speechless, in which Lea reveals to Shaun that she was already married and that apparently her ex-husband is close to her. Check out the epic promo video.

Shaun asks him, “Why are you exercising with that?”

To which Lea replied: “My ex-husband sent it.”

Shaun’s face when hearing the word ex-husband from his girlfriend Lea, leaves him puzzled, since she never mentioned it and he decides to approach her and ask her why.

“Why did you never mention it, an ex-husband?”

Without a doubt episode 7 of the fourth season of The Good Doctor called, “The Uncertainty Principle”, is living up to its title, as fans are eager to see what will happen.

BTS guys react to the ‘ON’ video clip and compare it...