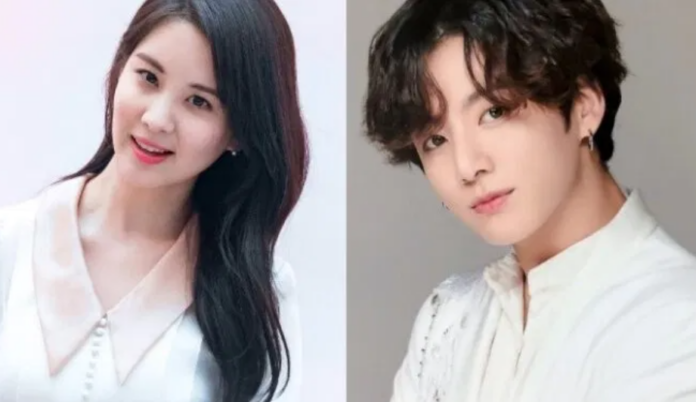 BTS: Find out more about the possible romance between Jungkook and another famous K-Pop, Ko Seo-hyun.

Jungkook is one of the most popular and talented musicians in the K-pop world right now thanks to BTS’s incredible success in recent years.

The “Golden Maknae” is a man who enjoys a huge fanbase that follows him around the world and the girls just go crazy seeing him, after all he is talented, famous, handsome and rich.

These qualities are more than enough for a man to have several fans behind him but Jungkook also has his followers on the lookout, who are very interested in his love life.

Well, around 2015, rumors surfaced that Jungkook was in a love relationship with a trainee (i.e. a K-Pop artist in pre-debut training).

Said mystery artist was Ko Seo Hyun, who was a former CUBE trainee who debuted with the girl band, Girl’s Generation at the time.

The rumor started with a photo of Seo-hyun that someone posted on the internet. Upon seeing the image, some netizens identified her as Jungkook’s girlfriend. But all said and done, the BTS idol later clarified that it was all a rumor and nothing beyond that.

However, the suspicions have not totally died despite the fact that 5 years have passed, although Jungkook continues to keep her silence about her supposed romance with Ko Seo Hyun.

YUNHO FROM ATEEZ WAS HOSPITALIZED AND FANS SHOW HIM SUPPORTS