Home Entertainment Leaks from Genshin Impact hint at the appearance of a new character... 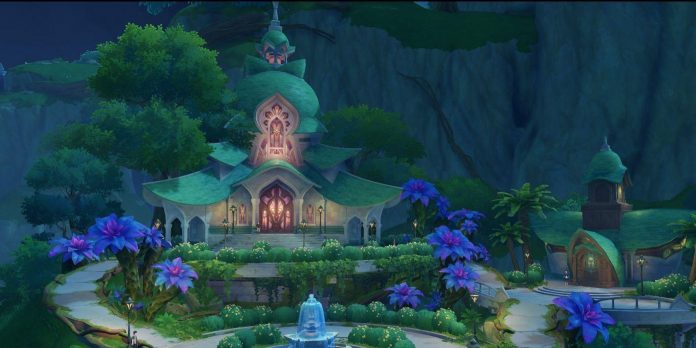 Leaks and rumors have become part of the Genshin Impact community, and they reveal new characters and additions to weapons even months before their official appearance. Trustworthy sources have accurately predicted three character additions for the upcoming 3.1 update, which is due around September 28.

Popular leaders such as GenshinBLANK and Ubatcha1 reported that the upcoming updates will feature a new game character named Kaveh, who is the architect of the famous Alcarzarzaray Palace, one of the most iconic places in the new Sumeru region, located in the Lokapala jungle area. . A new leak in the popular Reddit subsection Genshin Impact Leaks apparently reveals the appearance of the Kave. Despite the fact that this is unconfirmed fan art, the same artist has already accurately depicted the appearance of Ayato a few months before his official disclosure.

Another trustworthy Genshin Impact leader named SaveYourPrimos claims that the illustrations are incredibly accurate, which is strange considering that there is still no description of the appearance of the Kave. As for his personality, the same insider said that he has a very short temper, and he is engaged in stage magic as a hobby. Kave is also known as the roommate of the popular Genshin Impact named Alhaitam, who has already appeared in the official story of Sumeru.

Several responses in the comments section state that they would like to see a sitcom-style story arc between Alhaitam and Kaveh. While Alhaitam always acts very rationally, Kave’s actions are always guided by the emotions of the artistic spirit. Both Kaveh and Alhaitham are expected to use Dendro Vision. When it comes to the release date of Kave, there is still no official information or credible leaks, which usually means that it will not be part of the upcoming Genshin Impact updates.

Developer HoYoverse has already introduced three new Genshin Impact characters that will appear in the next update: Cyno, Nilou and Candace. There are rumors that two popular characters, Nahida and Scaramouche, will appear in updates 3.2 and 3.3, which means that Kave probably won’t join the game list until update 3.4.