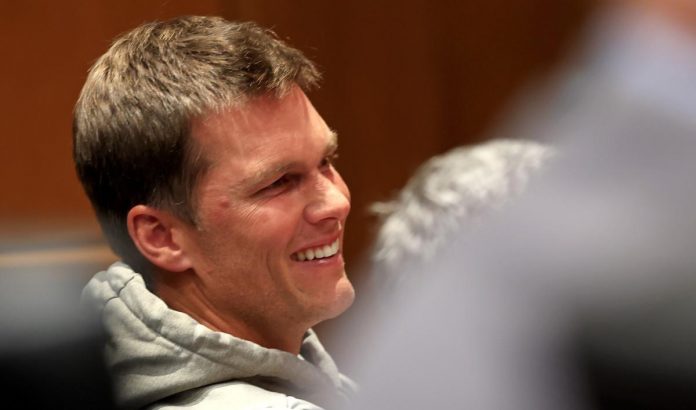 Almost everyone knew that Tom Brady’s “personal reasons” for not being at the Tampa Bay Buccaneers camp for a few weeks were just an excuse for him to take a midseason vacation. But there was one well-known rumor that he used this vacation to perform at The Masked Singer’s hit contest.

Brady’s absence eventually turned into a family vacation. But this does not mean that the judges of the “Masked Singer” knew about it.

A recent clip from the show shows that contest judge Ken Jeong suspected Brady might be a “masked singer.” Chon initially suspected it was Peyton Manning before changing his mind to Brady due to Brady’s absence:

“He just got fined for not showing up for training camp because he’s here on ‘The Masked Singer,'” Chong said via TMZ Sports. “This is seven-time Super Bowl winner Tom Brady!”

We don’t know who the actual participant is yet. Perhaps Brady was the one who managed to appear in “The Masked Singer” between his vacation and returning to Buck’s training camp.

Tom Brady himself denied participating in the “Masked Singer”. But, as we’ve learned, it’s unwise to take Brady at his word 100% of the time.

Given that Brady has a contract with FOX as a lead analyst after he retires from football, there will probably be sporadic appearances on FOX programs in the future.

Was Tom Brady in “The Masked Singer”?