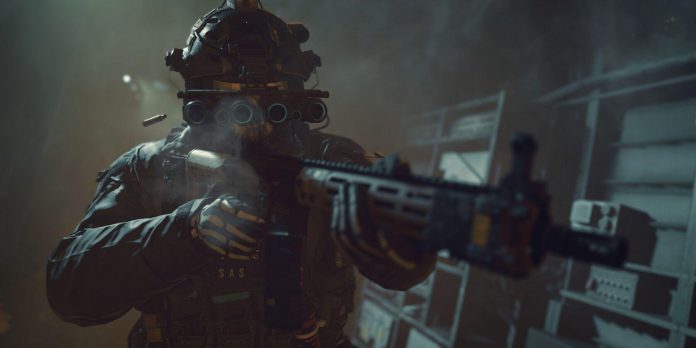 Despite all the hype surrounding the release of Call of Duty: Modern Warfare 2, Activision Blizzard was uncharacteristically silent about many of the key features and content of the game. While the general touches are already pretty well known, details such as the choice of weapons, campaign details and other various tidbits are still missing, which in turn gives leaders the opportunity to share what they themselves have learned.

With that in mind, it was just a matter of time until someone got their hands on the gameplay footage of Call of Duty: Modern Warfare 2, and a leader named 3rbbcod got it first. His (deleted and subsequently re-uploaded) footage consists of three different parts of the game, the longest and most intense is the highway part, where the player fights enemies in moving vehicles, jumps from one to another and even gets to control them as they progress.

The two remaining sections present a brief demonstration of the returning weapon — a variant of the legendary H&K MP7 PDW — and a fragment of a dive where the player uses throwing knives to silently destroy enemies on a deserted pier. While it’s still pretty hard to tell, the accessible gameplay of Modern Warfare 2 looks the same as its predecessor in instant gameplay. No matter how obvious it may seem, it’s still a good confirmation that the developer is not going to reinvent the wheel and that fans of the 2019 game have something to expect.

There is still absolutely no information about how long the Modern Warfare 2 campaign can be. The leaked fragments of footage, of course, in no way affect expectations in this regard, but they suggest that there is a lot of diversity throughout the experience, with vast, sprawling deserts and dreary waterways that are present and accounted for. This, combined with previously demonstrated stealth sniper missions and the classic sequence of storming an oil rig, paints a complete picture of the game.

Since pre-order holders receive the Modern Warfare 2 campaign a week before the launch of the full game, the campaign mode itself will be the highlight at this time, and multiplayer will appear later. For this purpose, Activision Blizzard may be keeping most of the campaign information secret, hoping that early adopters will be able to complete a full single-player campaign before they move on to multiplayer.

Fortunately, in the near future everything will not be as secret as it is now, since the official presentation of the multiplayer game Modern Warfare 2 is scheduled for mid-September, which gives fans of the multiplayer game COD an idea of what will happen next. It is possible that more Modern Warfare 2 leaks will be released during this time, but only time will tell if this is the case in the end.