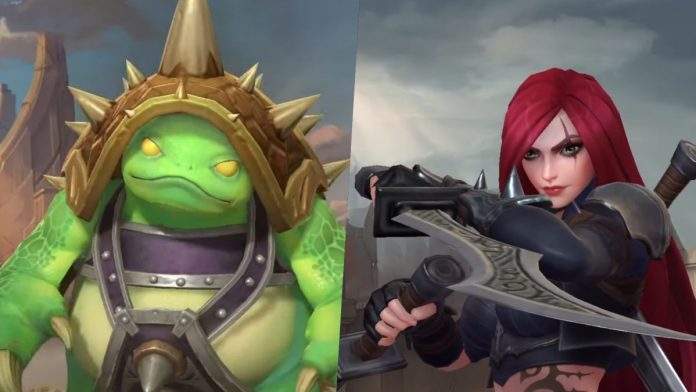 Riot Games shares your wish for the next 12 months in League of Legends: Wild Rift. The first two post-launch names are confirmed.

League of Legends: Wild Rift aims to receive 2 champions per month on average in 2021. This was stated by the Riot Games team during the first development diary of this year. Brian Feeney, design director within the project, shares the studio’s wishes around the cast of playable characters.

“When choosing which champions to bring to Wild Rift, we focused primarily on champions who introduce new gameplay experiences and themes,” explains Feeney. Currently, the title has 50 champions, approximately. The desire of the study for the next 12 months is to “greatly expand” the workforce.

We already know the first name on the table: Katarina. The young swordsman will share her daggers on the mobile stage. “With the addition of champions to Wild Rift, we want to keep their fantasies and playstyles intact,” he says. This exercise in preserving the playable style only varies in case the new type of control is compromised. “We only change skills if they don’t fit with dual joystick controls or if we have a chance to make them stand out to the max.” The second proper name is Rammus, the Armadurillo, who will arrive “later.” This peculiar champion will receive several changes in the wheel format from him to accommodate the movement speed when using this type of controller.

Among the rest of the news that await you, the studio shared several unpublished events that will arrive during this cycle. We look forward to the Lunar New Year, visiting Targon, marching to the Shadow Isles, and Tales of Runeterra, which will take over as the next content frame. It has also transpired when users in North America will be able to play: from March it will be launched in those lands.

Remember that League of Legends: Wild Rift is the version for consoles and mobile devices of the success of Riot Games. Through this link you will learn how to download it on iOS and Android.

The Free Games Epic Games Will Offer Next Week Announced