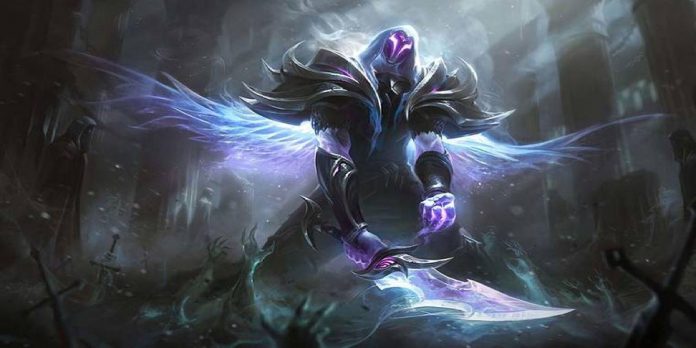 In League of Legends: Wild Rift, Supports are usually Champions that have many forms of utility or protection. Whether it be shields, heals, Movement Speed buffs, Attack Damage buffs, Attack Speed buffs, or anything else of that ilk. Supports typically always have a way to enable their allies to perform better or to protect them from danger to save their lives.

RELATED: League Of Legends Wild Rift: How To Play Pyke

However, Pyke is an extremely unique case, which is why players find such difficulty in dealing with him. He’s the complete opposite of what most League of Legends: Wild Rift Support players are used to dealing with regularly, and this can take a lot of Micro adjustments to tailor gameplay to match up against a Pyke player. To combat this, this guide will also provide players with the best ways to counter Pyke.

Janna is one of the best Champions for disengaging and since Pyke relies heavily on isolating targets with his sneaky engages, Janna can interrupt him and put a stop to his plans. She can shield the ally pulled by his Q so they can’t be quickly put into lethal range for Pyke’s Ultimate. She can also Q Pyke when he’s using his E to disrupt it. Lastly, she can use her Ultimate if she happens to be the victim of Pyke’s Q, knocking him and his allies away while healing herself and all nearby allies. Pyke has no easy way onto her on any targets Janna is nearby, which makes it extremely difficult for him to find success in this matchup.

Rakan is pretty good at shutting down Pyke as he’s one of the few Supports that can keep up with Pyke’s mobility. He also has the flexibility in his skillset to engage or disengage, meaning Rakan can dive onto Pyke and get him killed before he can even fight back. Even if Pyke gets the jump on Rakan, Rakan can just dash out safely with his W and if it’s one of Rakan’s allies, Rakan can W to them and E or Ultimate onto the Pyke and other nearby enemies. In the laning phase, Rakan even has sustain with his Q, which puts Pyke under more pressure to continuously damage Rakan and whoever his Marksman is. Otherwise, Rakan will just nullify most of the damage with his heals. All around, Rakan has answers to everything Pyke is capable of.

RELATED: League Of Legends: Wild Rift: How To Play Nautilus

Nami is a pretty good pick against Pyke. She is one of the few Supports in the game that has access to all-in, Poke Damage, and Sustain. If Pyke happens to Q her or an ally, she can Q or Ult them, stopping Pyke and his allies dead in his tracks. If Pyke dashes in with his E to get in some quick damage and stun, Nami can easily heal the damage with her W and disengage with her Ultimate or Q. Pyke struggles heavily in the lane against enemies that can Poke, since he is a melee character, he is extremely susceptible to ranged damage.

Amumu isn’t played as Support often but is a niche pick against Pyke. Pyke will have to think twice when it comes to pulling in Amumu because his Q or Ultimate ability can shut down Pyke with ease. Amumu is also very durable, which means he’s not an ideal target for Pyke to pull in to Assassinate with his Q. Amumu has the freedom to intentionally stand in front of his Marksman to Body Block Pyke’s Q and if Pyke pulls Amumu in to his whole team, that’s exactly where Amumu wants to be. Pyke doesn’t have any way around Amumu’s kit and his only opportunity to do anything against Amumu will be when Amumu’s abilities are on cooldown.

Blitzcrank is similar to Pyke in a lot of ways, making it a very tricky matchup for Pyke. Whenever Pyke wants to pull someone with his Q, he has to fear being pulled in by Blitzcrank’s Q. Blitzcrank’s Q happens much faster than Pyke’s, although it has a slightly shorter range. If they were to both pull one another, Blitzcrank will always come out on top because Blitzcrank’s Passive gives him a bonus shield and he’s naturally tankier than Pyke. Pyke builds all damage items and relies on killing priority targets swiftly to gain an advantage. Even if Pyke tries to use his W to escape a bad fight, Blitzcrank’s Ultimate will Silence him, disrupting his shroud and ending his escape route.

RELATED: League Of Legends: Alternative Bel’Veth, The Void Empress Builds You Should Try Out

Thornmail gives tons of Armor and reflects a percentage of Physical Damage taken back to the enemy. This will lower the amount of damage Pyke deals significantly and he will have less vulnerable targets to choose from once people start purchasing this item.

Stasis Enchant gives players a couple of seconds of invincibility, buying their team time to come to save them if they happened to be pulled in by Pyke’s Q.

Gargoyle’s Stoneplate reduces the amount of damage players take significantly for a few seconds. This can be activated once a player was caught by Pyke’s E or Q Ability, and, by the time it wears off, players should have been able to escape from Pyke and back to the safety of their own team.

League of Legends: Wild Rift is available on Android and iOS devices.

Offset Company Received a Key From Gwinnett County at The First...