In this update, Riot Games also seeks to encourage players to enter the competitive LOL scene. Samira is the new League of Legends champion, a new character that will join Riot Games’ MOBA starting with update 10.19, as the company has announced through a post on its website.

In addition, this version will focus its attention on balancing the product for the world championship. According to the Americans, their intention is to “give a little push” so that more people are encouraged to enter the competitive circuit. “These improvements are aimed primarily at shooters, junglers, and central lane champions.”

Here are the patch notes: 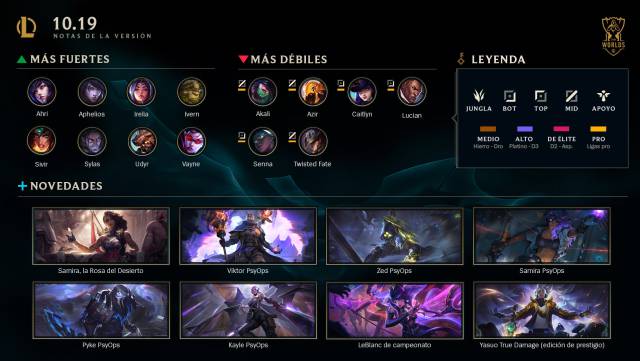 BLACKPINK is the first k-pop group to clip over 1 billion...

Smartphone Huawei is on the verge of withdrawal from the market...