This temporary mode will arrive on September 3 along with other changes that affect the balance of the champions.

Riot Games video game update week. The North American company has announced patch 10.18 for League of Legends, which introduces many balance changes to champions, but also marks the return of one of its most beloved temporary modes. This is Uno para Todos, which returns with PsyOps on September 3 at 10:00 p.m. (Spanish peninsular time). Players will have to join in doubles teams in which each of the users must show off their different styles of play with each champion.

Below, we offer you the full patch notes, with all its changes and news. The image that we publish just below these lines summarizes the news, but all the details are developed in detail in text. 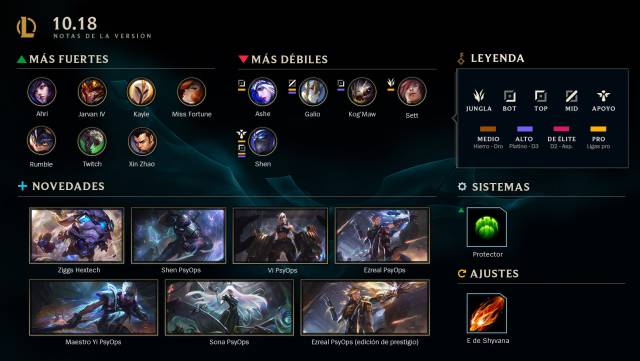 HAS HARRY STYLES DISCLOSED THE NAME OF HIS NEW SINGLE?

Increasing Demand for Computers in the First Quarter of 2020 Could...

Requires a 66GB patch on Xbox One