Riot Games will take a break, so the next full patch won’t roll out until update 10.18. Break time at Riot Games. The North American company announced that they needed a parenthesis to recharge the batteries, so League of Legends version 10.16 will last twice as long. In other words, they will skip 10.17 and not offer another full update until 10.18.

By means of this new patch, they prepare for the third qualifying split of the Summoner’s Rift, as well as other aspects that concern the balance of the champions. The study has reported that they are going to polish some champions to give them more cohesive identities and thus “refine strengths, in addition to increasing the clarity of the kits of many others.”

Here are the full patch notes: 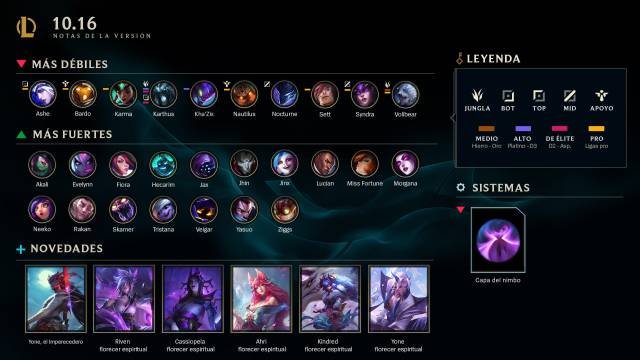 Guardian of the jungle

On August 9 at 11:59 p.m., the third and final qualifying split of the season will begin, but this time with an added touch! In addition to the usual split rewards, we will also award a Series 1 Random Effigies pod to anyone who earns 750 split points.

TikTok’s response to Trump: We are here

Suga falls in love with ARMY with his natural complexion