Home Entertainment League of Legends: How to Resist Bel’Vet, Empress of the Void 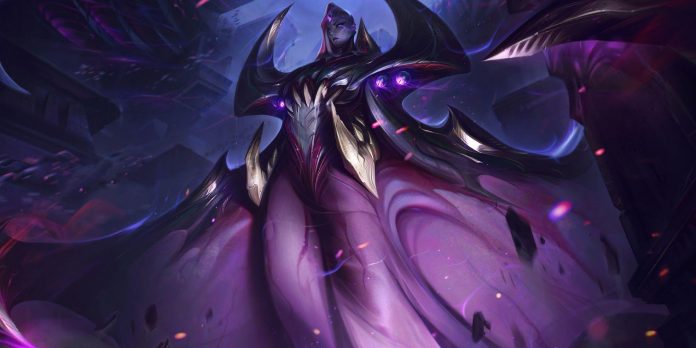 Knowing how to counter something in a game is always paramount in ensuring a victory. In competitive multiplayer games like League of Legends, it’s infinitely more important. Knowing the best counters to whichever characters the opposing team are playing always guarantees that players have the upper hand when taking them on. This is especially true when the champion that the enemy has picked is an infinitely stacking, Void inspired terror that’ll devour teams alive if she gets the chance.

Cue Bel’veth, League of Legends’ newest jungler. Since her release, she has consistently remained an A to S tier jungler, and has proven herself to be a contender for the position of top dog. With how popular she currently is in League of Legends and how deadly she can be, it’s a good idea for players to know her counters.

Bel’Veth is first and foremost an AD fighter. Her passive Death In Lavender gives her scaling attack speed throughout the game based on the number of jungle camps she clears. However, her high attack speed can definitely be used against her. If players want to counter Bel’Veth, they should pick one of these champions:

Rammus – As Bel’Veth is primarily an auto-account champion, she’s easily abused by Rammus’ ability to reflect damage and as well as massively increase his armor. Not only does his armor completely decimate Bel’Veth but his taunt and Powerball help lock her down to prevent her from snowballing and getting her true form via consuming a Void Coral dropped by a slain champion. Amumu – Amumu, similar to Rammus is also a great counter-pick to Bel’Veth. Amumu’s E: Tantrum’s cooldown is reduced every time he is auto attacked which happens to be most of Bel’Veth’s damage. Amumu is also just a generally really great pick if he can survive through his early game, with a fantastic ultimate to boot. Poppy – Bel’Veth’s only form of mobility is her Q, Void Surge. This is an omnidirectional dash that allows her to dash 4 times, each direction has its own individual cooldown. This is her main way of dealing damage outside her auto attacks. Poppy’s W: Steadfast Presence allows Poppy to block all forms of dashes nearby her. This ability can single-handedly lock down Bel’Veth and take her out of the fight if used correctly. It’s an excellent tool for peeling for teammates that are being dived on by Bel’Veth. After she’s locked down she’s a much easier target and much less of a threat to the backline. Trundle – Trundle is the ultimate 1v1 champion, and is a great pick against Bel’Veth. His Q: Chomp steals AD, which is great for dueling Bel’Veth early. His E: Pillar of Ice can catch her out via slowing and blocking her path. On top of that, his Ultimate: Subjugate which steals the target’s stats and health makes any 1v1 a free win. Bel’Veth simply can’t contest a Trundle with his sheer damage. Shen – Shen is another one of those champions that counters Bel’Veth via countering auto attacks. His W: Spirit’s Refuge blocks all forms of auto-attacks against anyone in his Spirit Blade zone. Bel’Veth being primarily an auto-attack champion is completely nullified if she fights in Shen’s W. Shen can also use this on allies as long as they’re standing in the zone, which is once again fantastic for peeling back line.

While not all items work on all champions, there are definitely some that may be worth building to counter Bel’Veth.

Thornmail/ Bramble Vest – One of the best items against auto-attacking champions. Both items reflect damage to their attacker when auto-attacked. On top of that, they both apply anti-healing which is great against Bel’Veth who typically takes the Conqueror rune. Plated Steelcaps – Another great item against auto-attacks, Steelcaps reduce 12% of the damage taken via autos which is the majority of Bel’Veth’s damage profile. Zhonya’s Hourglass – A staple mage item that also counters Bel’Veth. Armor is a great stat against her and the invulnerability can help a player to stall for their team to rescue them before she kills them. Randuin’s Omen/ Frozen Heart – These items are great against Bel’Veth as they both reduce her attack speed when she auto-attacks the holder.

Bel’Veth, like a lot of newer League of Legends champions, has a rather complex and intricate kit. This leaves room for a lot of counter-play in their gameplay. Some tips for playing against Bel’Veth are:

Hold Crowd Control for her E – Royal Maelstrom. This ability allows her to auto-attack the lowest health target in an area around her, while also gaining massive damage reduction and lifesteal. This is an incredibly strong ability for Bel’Veth, as the damage reduction and lifesteal keep her alive through longer and larger fights. It is almost paramount that this ability is canceled so holding a form of crowd control is important. Understand her Q – Void Surge. This lets her dash in four diagonal directions, each of these directions has its own cooldown. The cooldown of each direction is shown via an indicator next to her health bar. This ability is her only form of mobility outside her flash, so keeping track of her dash charges will allow players to kite her back in a more manageable fashion.

Bel’Veth’s passive Death In Lavender gives bonus attack speed each time she kills a jungle camp. On top of that, she gets a bonus for slaying any void-related monster (i.e Baron and Rift Herald) which allows her to transform slain allied minions into Void Remora which will push the lane they were slain in. Minimizing the number of jungle camps she gets is one of the best ways to ensure Bel’Veth doesn’t get too far ahead via farming. Picking a champion that can contest neutral objectives and can counter jungle well works particularly well in this situation. While Bel’Veth is an infinitely stacking champion, don’t be fooled by her early game. She still has incredible dueling potential with her high damage and attack speed, so players should make sure to respect her damage early and call for a teammate if they need to contest objectives against her.

League of Legends is available on PC.

NCIS Season 19: The unexpected cameo in episode 19 of the...