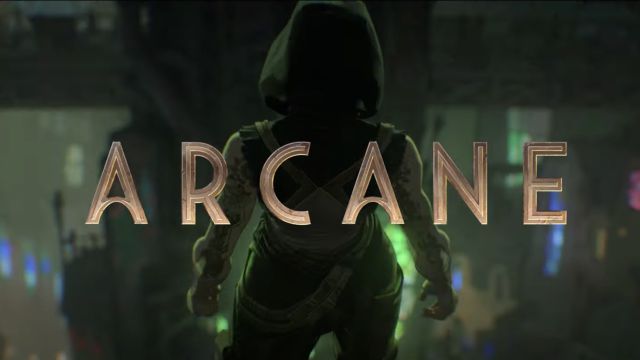 League of Legends: Arcane, A brief preview anticipates what the animated series based on the Riot Games phenomenon will be. Vi and Jinx are featured as the leads.Riot Games has announced that the first animated series based on its popular MOBA, League of Legends: Arcane, will hit the NETFLIX catalog in fall 2021. A short teaser trailer that you can see at the beginning of this news presents the first details of how will this new adaptation to the universe of animation be. Vi and Jinx, two well-known video game champions, will be two of the main protagonists.

“Set in the utopian region of Piltover and the downtrodden underground city of Zaun, it chronicles the origins of two legendary League champions and the power that will eventually separate them,” reads the synopsis. It is expected that in the coming dates we will have more details regarding the number of chapters, the possibility of a model based on seasons, as well as the duration of each episode.

“Arcane was conceived as a love letter to our players and fans, who asked us for more cinematic experiences focused on the worlds and champions of League of Legends,” said Shauna Spenley, global president of entertainment for Riot Games, who rates NETFLIX as the perfect partner to carry out the project.

The production, which is carried out by the company itself, has the support of Fortiche Productions, a French studio that already knows the franchise closely through participations in the past. They are known for their work on Get Jinxed (Jinx) or Seconds (Ekko Ekko), as well as animation kinematics from the virtual music group K / DA.

NETFLIX continues to grow and is fully committed to video games

After Castlevania (Konami), whose fourth season will be published this May 13; and Dota: Dragon Blood, on March 25, League of Legends is the third video game license to be adapted to an animated series on the giant VOD platform based in Los Gatos, California.

NETFLIX has more than 208 million paying subscribers worldwide and is present in more than 190 countries. Its growth has been superlative during the last five years, although it is not the only VOD service capable of absorbing followers every month. Disney +, the solution for series, films and documentaries from Disney +, already has more than 100 million subscribers in 16 months of life.

Another 500 games are now compatible with the Steam deck