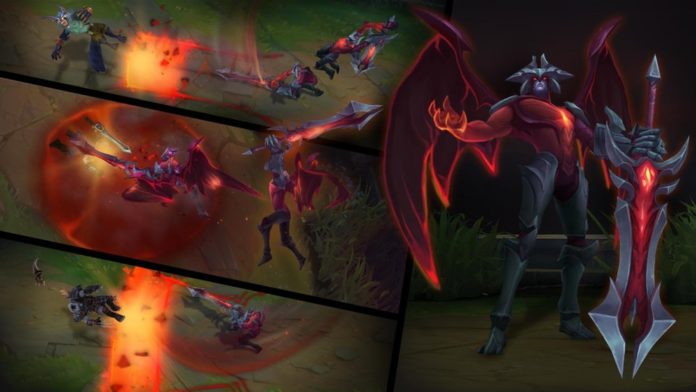 League of Legends (LoL) is a successful game from Riot Games with free download available for PC. The official launch of MOBA was in October 2009, and in just over 10 years, the game gained recognition, popularity and became a phenomenon in the esports universe. With so much time on the road, it is normal that some curiosities related to MOBA go unnoticed by the public. Here are seven interesting facts about LoL that you probably didn’t know.

Iconic dances
Champion Jinx’s dance is inspired by the character Jake, from the cartoon Adventure Time. In the game, the shooter raises her arms and performs movements similar to the charismatic yellow bulldog. Warwick also has a dance with an obvious reference. It imitates the choreography of singer Michael Jackson in the music video for the song Thriller, which burst onto the music charts in 1984.

Tolkien tribute
The development of champion Aatrox has yielded a curiosity that few know. According to Mike Laygo, animator at Riot Games, the character was based on the figures of Balrog and Sauron, from the acclaimed Lord of the Rings franchise. The employee had previously worked on games from the J. R. R. Tolkien universe in the past.

Protection from the sun
Champion Leona is a sacred warrior who uses sunlight as a source of power. The curious thing is that this feature is not purely a plot detail, but that it really impacts the mechanics of the game. Opponents who wear sunglasses (Vayne, for example) receive one point of damage less than the passive of the character ” Sunshine ”.

April first
Urf is a very popular seasonal mode for casual players, as champions’ reload times are reduced so that players can have fun in Summoner”s Rift. The character, however, was born out of an April 1st prank. In 2011, Riot promised that Urf would be a new playable character, but soon denied the announcement. The friendly manatee emerged as a Warwick skin, but soon became a pop icon in League of Legends culture. Currently, there are several references to Urf spread throughout the game universe.

Tribute to the employee
Champion Zilean is a tribute to employee Tom “Zileas” Cadwell, head of design and vice-present at Riot Games. The illustrator worked on the development of World of Warcraft between 2002 and 2005. Then, he moved to the studio responsible for League of Legends. The concepts of champions Ashe and Annie, for example, came out of his hands.

Shark!
The animation of the ultimate ” Lure Bait ”, by champion Fizz, is different when it eliminates characters of short stature. With the exceptions of Teemo and Heimerdinger, the Shark does in fact swallow small enemies when the ability is used as a final blow. The bodies just disappear. This does not happen with other opponents.