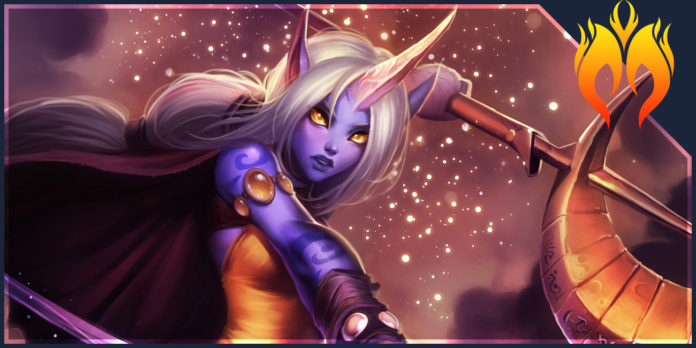 League of Legends champions Soraka and Sona have been rooting opponents in the upper aisle lately. However, Riot Games balanced both support champions on PBE servers before the 10.4 patch, which will be released next week.

If you like playing Sona or Soraka in League of Legends, the game’s 10.4 update will upset you. Recently, both champions are getting stronger and out of their supporting role than they should have been. That’s why Riot made heavy balance changes by nerfing two champions on the PBE servers of the MOBA game.

Riot Games’ champion designer August Browning stated that Soraka is a very challenging champion in the upper lane, including professional League of Legends matches. Soraka is now the sixth champion with the highest winning rate in the upper lane. Now the game’s designer, Mark Yetter, shared the balances made in the 10.4 patch, pointing out that the champion will change.

Soraka’s health and mana value per level, as well as base AD damage, will be great nerf. In addition, Q ability and health regen with Starburst will also be reduced. In other words, players who prefer Soraka in the upper aisle will be more vulnerable to attacks and their chances of gaining superiority in the late game will be reduced. In addition, W ability has been increased to make Astral Inspiration more preferable in the role of health regeneration support. According to Yetter’s share, the changes made in Soraka are as follows:

Soraka changes here for 10.4. Targets are major nerfs to top with no change for support. pic.twitter.com/YbD3kPXJQx

Yetter shared Soraka and Sona, as well as other champions to balance:
Changes to the PBE server are expected to arrive with the 10.4 patch of League of Legends on February 20, according to the patch schedule.