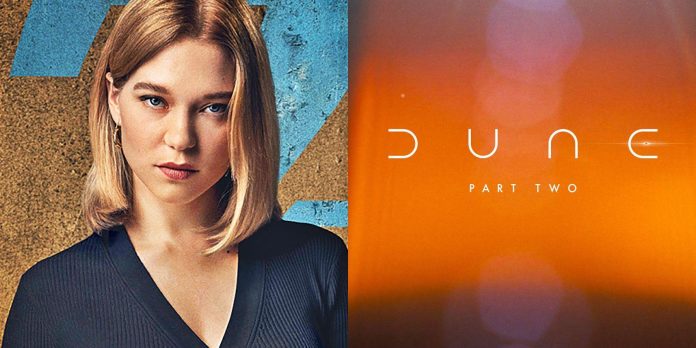 “Dune: Part Two” was officially approved by Warner Bros. last fall, shortly after the first part was released in theaters, receiving critical praise and box office success. Villeneuve signed up for the production of “Dune” on the condition that he would be allowed to divide Frank Herbert’s novel into two films because of the huge scale of the author’s story, but the fate of the sequel depended on how the first part would behave.

RELATED: Austin Butler’s Dune 2 Workout Promises A Key Scene Will Be In the Sequel

Filming of “Dune: Part Two” is due to begin this fall, and Deadline’s report on Seydoux joining the project is just the latest news about the casting of the sequel. According to the information, Seydoux is currently in talks to join the all-star cast, which currently includes returning “Dune” stars such as Timothy Chalamet, Rebecca Ferguson, Zendaya and Josh Brolin. Seydoux joins the list of newcomers to the Villeneuve Dune universe, which includes Florence Pugh, Christopher Walken and Austin Butler.

As fans of Herbert’s novel know, Lady Margot is a long—time servant of the Sisterhood. She plays a key role at the beginning of the story, warning Lady Jessica — the mother of the protagonist Paul Atreides — of the betrayal that awaits the House of Atreides when they arrive on Arrakis to take over the planet from House Harkonnen. Although this episode was not included in Villeneuve’s first film Dune, Lady Margot plays an important role in the second half of the story as a key ally in the war of the Atreides Sex against House Harkonnen.

Although Seydoux, as already mentioned, is best known for the role of Dr. Madeleine Swann in the James Bond films “Ghost” and “It’s Not Time to Die”, she also had roles in such famous projects as “France”, “Deception” and “French Dispatcher” by Wes Anderson. Recently, Seydoux attracted the attention of the public with her performance in David Cronenberg’s film “Crimes of the Future” (2022).

Needless to say, Seydoux has proven that she has the acting skills to stand out even among the vast cast of the Dune sequel. Fans of her work probably want to see what she brings to the vital role of Lady Margot.

The Last Kingdom Season 5: The scene a show member refused...