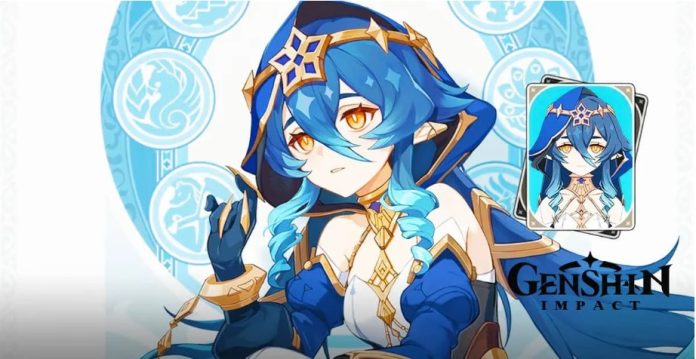 Hard work and relentless nights allowed Leila to finally take a place in the group of our Travelers, but she still has a lot of time to recover from sleepless nights at the Academy. She studies diligently, but the amount of work she willingly did affected her sleep health, and therefore she tries to sleep when she can. Despite this, Leila is a powerful asset for any team, as long as krio is needed on the table, she will appear as a supporting character in the second half of Genshin Impact 3.2, which will be released on November 18, 2022.

In this Layla guide, we will discuss Layla’s abilities, the best weapons, artifact sets, and ideal team lineups.

Creates a shield known as a Sleep Curtain that deals Cryo damage over an area.

The DMG absorption of the Sleep Veil is based on Layla’s maximum HP and absorbs Cryo DMG with 250% efficiency. When the shield is deployed, a Cryo will be applied to Leila for a short time.

As soon as the Veil of Sleep accumulates 4 Night Stars and opponents appear nearby, these Night Stars will turn into homing Shooting Stars that will be launched sequentially, causing cryo-damage to all affected opponents.

If the Sleep Curtain expires or is destroyed, the Night Stars will disappear. If they are already shooting like shooting stars, these shooting stars will continue until this wave of shots ends.

This ability works surprisingly well for characters with low-cooldown elemental skills, but still works well for many teams if you constantly switch different skills. This ability is of great value with a small investment, providing excellent shields and a permanent cryo-application. It also has 100% uptime, which has been a trend for the skills that Hoyoverse has been developing in recent patches.

Elemental Burst – The dream of a Star Stream Shaker

Releases the Celestial Sphere of Dreams, which constantly shoots Star Slugs at enemies within its area of action, causing cryo damage.

When the Star Slug hits the target, it creates 1 Night Star for the nearest Sleep Curtains. Each Curtain of Slumber can thus receive 1 Night Star every 0.5 s .

This one is a bit like Ganyu explosion, but instead it uses HP scaling and has less AoE application. However, it has an extremely low energy cost of 40 and has a 100% uptime in 12 seconds, which makes it very valuable for many teams that require a lot of cryo applications without much investment in energy recharge.

HP increased by 20%. When an elemental skill hits opponents, you get the effect of the Great Anthem for 20 seconds. This effect increases the elemental skill of the equipped character by 0.12% of its maximum health. This effect can be triggered once every 0.3 s. Maximum 3 stacks. When this effect gets 3 stacks or when the duration of the third stack is updated, the elemental skill of all the closest members of the group will be increased by 0.2% of the maximum HP of the equipped character for 20 seconds.

It’s very disappointing that very few weapons interact well with Layla, and Neelow’s signature weapon may be her best among 5-star swords. The EM part of the passive skill is pretty much useless, except for some shaky Layla Melt build, but the overall weapon stats already give an 86% bonus to max HP – a massive characteristic right here.

The Sword of Favonia (4 stars)

CRITICAL hits with a 60% probability generate a small amount of elementary particles that regenerate 6 units of energy for the character. Can only occur once every 12 seconds.

The huge ER stats of this weapon are almost useless for releasing 40 of Layla’s energy, but a passive skill can provide a large energy boost for the rest of your group. Just keep in mind that you need to create a bit of a critical hit to make it work, and Layla needs to be on the field when her stars hit to generate energy particles from the weapon.

The best artifact assembly for Layla
Resistance of Millelites (4 items)

We finally have Cryo support that can use this kit, which is good news for many players with eternal freeze. The passive ability of this set interacts well with Layla thanks to the HP bonus and shield strength. Just make sure you make your strongest attacks when Layla’s stars start shooting consistently to get an ATK boost.

4 items: Using Elemental Burst increases the ATK of all group members by 20% for 12 seconds. This effect does not add up.

If you don’t want to think a lot about timings and rotation, Noblesse Oblige works just as well as TotM in the offensive part of things, which means a 20% increase in ATK. The 12-second duration of Layla and the recovery time of her Burst perfectly match the duration of the increase in ATK of this set, so all you have to do is, this is to use Layla’s explosion whenever he comes out of cooldown.