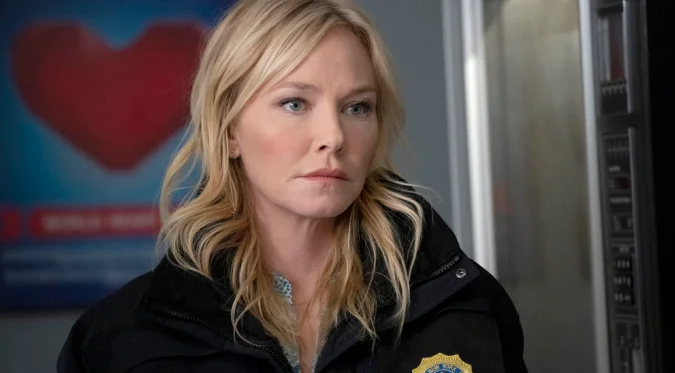 Note in your calendars, fans of Amanda Rollins: Kelly Giddish, who played her favorite detective in the series “Law and Order: Special Victims”, will leave the show on December 8.

The actress joined the NBC drama in its 13th season. In August, Giddish told fans that the 24th season would be her last.

“I wanted to address the chatter I’ve seen on the internet and let everyone know that this really will be my last season on the TV series Law & Order: IED,” she said in a statement. “Playing Rollins has been one of the greatest joys and privileges of my life. I’ve been so lucky to be part of the Law & Order family for the past 12 years. There is simply no other character like Rollins on television. She has grown and changed, and so have I. I started working on this series when I was in my early 20s, and I’m grateful that I spent so many adult years with Rollins in my life. “I want to thank Dick Wolf, Mariska Hargitay, Warren Leith, Peter Jankowski, NBC, Universal Television, all my colleagues, every member of the crew and all the writers for our incredible work together over the past 12 years. I’m so excited to take everything I’ve learned from my time at SVU and apply them to everything that comes next.”

“Law & Order: IED” showrunner responds to complaints about Kelly Giddish’s departure: “Everything is more complicated than it seems”

Giddish is still going to be a guest star in the series “Organized Crime” at the end of this season. The Law & Order franchise is produced by Universal Television, a division of Universal Studio Group, in conjunction with Wolf Entertainment.