Now, instead of investigating the usual criminals, he faces the mafia. However, there are several curious facts about him that were mentioned only briefly and that, perhaps, many of the fans have not noticed.

So, on this list, check out 10 fun facts about law and order detective Elliot Stabler!

Some details about his home address were seen for the first time during season 6, something that was later confirmed in season 10 of the Special Victims Unit. It was also mentioned that he was born in Bayside, Queens. This means that most of his life revolved around this New York administrative division.

In an episode of Season 6, Olivia Benson (Mariska Hargitay) and Elliot Stabler investigate two police officers who attacked their wives. The officers are also veterans who served in Afghanistan.

Stabler suspects that they are behaving abnormally because of a malaria drug they received in the Middle East. Munch (Richard Belzer) then mentions that Stabler served in the army in Operation Desert Storm.

Stabler is an expert police officer, who is always proud of his 97% effectiveness rate. That rate is the best of all the other detectives in the series. Even during production, his lawyer uses this argument in court when a man tries to sue him for unjust imprisonment.

Looking more closely, Stabler’s badge shows the number 6313. All other officers of the Special Victims Unit also have their own numbers on the badge and some are also visible to the public. Olivia Benson starts with badge number 4015 before taking 01139, when she becomes a sergeant, for example.

During season 8 of the series, after some conflicts involving a dramatic organ donation case with Olivia, they realize that they never knew about each other’s blood type. Thus, Stabler informs her that he is A positive, which makes the detective very happy just because he has the same.

5. He didn’t have a passport

When the department tracks an international human trafficking ring in the Czech Republic, Stabler is chosen to hunt criminals with local authorities. However, everyone discovers that he does not have a passport, which leaves Williams (Pablo Schreiber) shocked.

Apparently, the detective doesn’t like to travel or move, which explains why he lived in New York all his life. Thereafter, a passport is issued by the department itself.

Before leaving the series, Stabler had an extensive career as a police officer, being a detective for 22 years. According to an episode of Season 2, he became an officer in 1986 and was promoted to detective in 1989. In season 3, it is revealed that he joined SVU in 1992, retiring in 2011 to return now in Organized Crime .

In a difficult case, Stabler must deal with Dale Stuckey (Noel Fisher), a police department technician who goes so far as to kill people and frame criminals. At a certain point in the episode, the detective is saved when Olivia calls him and Stuckey answers, saying that Stabler went to eat sushi at a restaurant.

Interestingly, Benson appears and rescues Stabler, precisely because she knows that he hates sushi.

Stabler wanted to be an architect as a child, according to his mother. She even explains that he used to make towers out of blocks when he was little.

This is in contrast to Stabler’s own words when dealing with a case involving a murderous astronaut. He tells Dickie (Jeffrey Scaperrotta) that he once dreamed of being an astronaut too when he was a child. In the same episode, however, he assures his mother that he always wanted to be a police officer.

Stabler shares some of his personal secrets with George Huang (B.D. Wong), remembering when he broke the law. He reveals that he had worked at his uncle’s bar when he was younger, being constantly insulted by his clients and getting into trouble that led to his arrest. 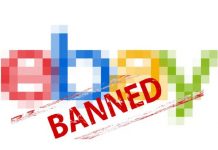 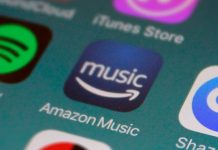 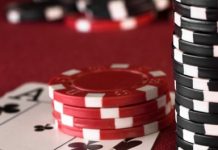