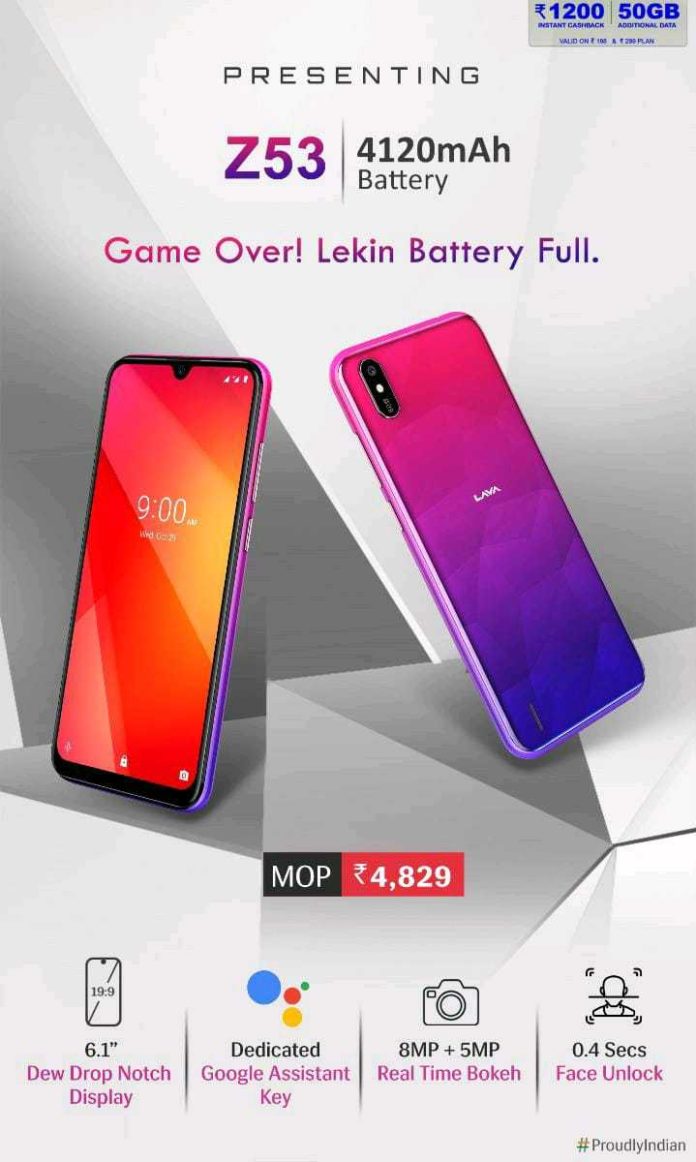 Lava has added a new model to its affordable smartphone portfolio. Lava Z53, the company’s newest smartphone, was announced with its budget-friendly price tag and entry-level features.

The Lava Z53 has a drop notch at the top of the 6.1-inch screen. Although the bezels on the top and sides of the screen are thin, the bottom bezel seems to be slightly higher. The back surface of the Lava Z53 has a color transition design. The device does not have a fingerprint sensor, but there is a face recognition system to unlock the phone.

Published poster for Lava Z53
If we come to the camera of the phone; There is a 5 megapixel selfie camera placed on the screen with a drop notch. On the back is a dual camera with an 8-megapixel main camera that offers a real-time bokeh effect.

The Lava Z53 is powered by a powerful battery of 4,120mAh. The device supports 4G LTE connectivity and has dual SIM card slots. In addition, connectivity features such as Wi-Fi, Bluetooth and GPS are included as standard. Finally, the phone also has a special Google Assistant button.

The company has not yet announced other features of the Lava Z53. The Lava Z53 will soon be released in India at a competitive price of Rs 4,829 (about $ 68).