Home Entertainment Launching a new Atari collection with over 90 games 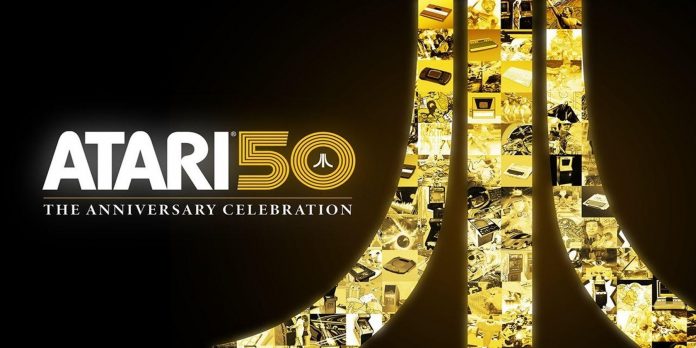 Fifty years have passed since the founding of Atari, and despite many ups and downs, the brand has managed to maintain at least some significance in the rapidly developing and constantly evolving video game industry. Despite the release of the Atari VCS console in 2021, Atari’s most recognizable contribution to the industry dates back to the earliest days of home gaming. To celebrate these classic games and everything that has happened since, Atari is going to release Atari 50: The Anniversary Celebration in November.

A collection of over ninety original titles, from the Atari 2600 to the Atari Jaguar, this collection should be a must for fans of retro games. The stylish trailer includes excerpts from interviews with innovative developers such as Howard Scott Warshaw and Jerry Jessop, and demonstrates both classic and reinterpreted versions of famous Atari games. With a set of rare and sought-after Atari games, such as Cybermoprh and Atari Karts, this package looks promising for fans of everything old-school.

Of particular note are six brand new games developed by Digital Eclipse, the studio that created the collection. In fact, the term “new” may be a bit of a stretch, as the Atari website confirms that these are updated versions of games such as Yar’s Revenge, Quadratank, Haunted House and, interestingly enough, the ultra-rare SwordQuest: AirWorld. In addition to the long-lost Atari Jaguar game, which was found in January, 2022 promises to be a real year for Atari fans.

However, Atari has also been in hot water lately. Atari VCS has caused controversy in the past due to its crowdfunding campaign, a lot of new Atari NFTs cause wariness among both fans and investors, and the brand itself has almost no resemblance to its roots, since it has changed hands several times recently. five decades. Atari 50: The Anniversary Celebration may be the perfect celebration of Atari’s contribution to the gaming space, but in its current form, there are certainly grounds for skepticism.

However, the preservation of retro games is a frequently discussed topic these days. As Nintendo continues to close its old digital storefronts and abandon convenient releases of virtual consoles, many retro gamers are justifiably worried that some of their favorite old-school games will no longer be available in the near future. While it may be imperfect, those behind the Atari brand seem committed to ensuring that popular games of yesteryear for home consoles don’t disappear into complete obscurity.

Atari 50: The Anniversary Celebration will be available in November 2022 for Atari VCS, PC, PS4, PS5, Switch, Xbox One and Xbox Series X/S.

The star of the TV series “13 reasons why” Tommy Dorfman...

The stars of the TV series “Parents” Lauren Graham and Peter...