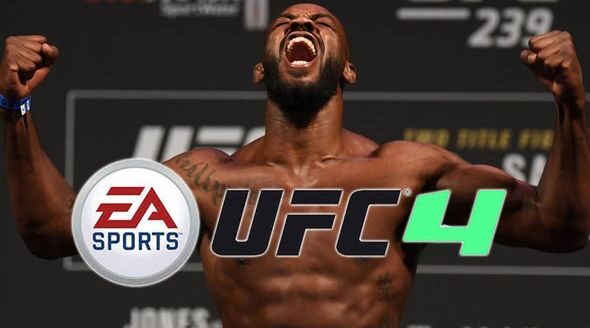 The introduction date of the new game of UFC, the popular fighting game series of consoles, appeared in a post shared by the UFC team on Twitter. Sharing the promotional poster of UFC 251 on July 11, UFC also pointed to the promotion of UFC 4 in the lower left of the image.

In the EA Play Live 2020 event held in Electronic Arts recently, new games of the company such as FIFA 21, Lost in Random and It Takes Two were introduced. Failure to mention any details of the fighting series UFC in this event disappointed many players. Now there has been a new development of the game’s release date.

UFC published the promotional poster of UFC 251, which will be held on July 11, 2020 on a private island connected to the United Arab Emirates, from its official Twitter account during the day. This event, which Kamaru Usman and Gilbert Burns will face, is of great importance for the fighting community. However, the part that concerns us players is a detail in the promotional poster.

The highly anticipated fighting game UFC 4 can be introduced on July 11:

When we look at the lower left corner of the promotional poster above, we can see that there is a new logo pointing at EA Sports UFC 4 and a slogan for official promotion. Considering that the sharing was done directly by the UFC team, it seems to be a strong possibility that EA Sports’ fight series will return with a promotion on July 11 after a few years of break.

More than two years have passed since the launch of EA Sports UFC 3. The fact that UFC, which is one of the most popular fighting series of PlayStation 4 and Xbox One consoles, will come back years later, also delighted the fans of the series.

UFC 4, which has not been officially announced yet, is expected to be introduced with an announcement during the UFC 251 event on July 11. There are not many details about the game for now, but more explanations are likely to come in the coming days. Stay abreast of the developments to be experienced in this process.

Xiaomi phones that will get Android 12 and not get leaked!