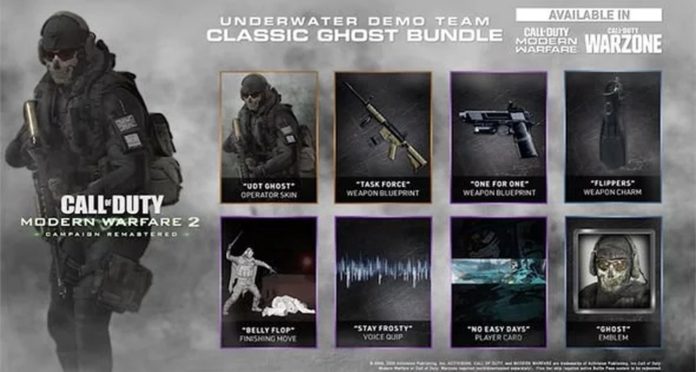 Call of Duty: Modern Warfare 2 Campaign Remastered is expected to be announced on Tuesday (31) by Activision, according to leaked information and a page removed from the PlayStation Store in Germany. The existence of a Call of Duty: Modern Warfare 2 remaster, originally released in 2009, had already appeared in previous rumors – so the PSN listing probably confirms its release. For now, there is only information about a PlayStation (PS4) version, but the game may also come out on Xbox One and PC, even if some time later. The supposed price of the game would be 25 euros (about R $ 142, in direct conversion and without taxes).

The PlayStation Store page in Germany, in turn, leaked images and the game’s initial trailer before it was taken down. According to sources on the Eurogamer website, the Call of Duty: Modern Warfare 2 remaster had been ready for a long time and was just waiting for an opportune moment to be released.

As its name suggests, the game would only include the Call of Duty: Modern Warfare 2 campaign remastered with new improved visuals, but without its popular multiplayer mode. The story follows the events of 2007’s Call of Duty 4: Modern Warfare, which was also remastered in 2016, with a pursuit of Russian terrorist Vladimir Makarov. During his journey, the player even goes through a phase in a slum in Rio de Janeiro.

At the end of the leaked trailer, there is also an “Underwatch Demo Team Classic Ghost Bundle” package, with extras from Modern Warfare 2 for Call of Duty: Modern Warfare and Call of Duty: Warzone. The content would offer a Ghost skin for its operator, blueprints of the “Task Force” and “One for One” weapons, a new execution, flipper charm, voice clip, background card and a Ghost emblem.

Cyberpunk 2077 is already in the hands of some users

Instagram Reels now lets you find the audios for your video

Google Pixel 5 Will Not Contain A Flagship Processor

Apple | What to expect from the last 2020 event

The frequency values of Ryzen XT processors have been determined!