Home Tech The Latest Porsche 911 Speedster to Be Produced at Auction for Combating... 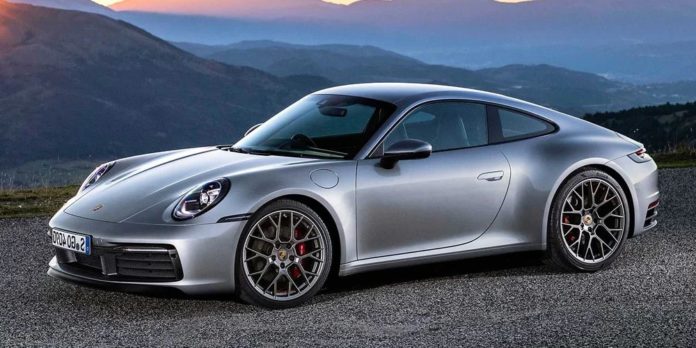 The Porsche 911, which was produced by the German automaker Porsche in 2019, has been a very popular model among collectors and luxury car lovers since its production. In 2018, the last sample of the vehicle, which was produced exclusively for the company’s 70th anniversary, will be available for sale in an auction organized as part of the fight against coronavirus.

This last Porsche 911, manufactured at the Stuttgart-Zuffenhausen plant last December, was listed under normal conditions with an initial price of $ 275,750 (1 million 846 thousand TL). At this point, Porsche and auction company RM Sotheby decided to use it to support United Way Worldwide’s fight against COVID-19 instead of selling the last 911 Speedster.

The auction will begin on Wednesday, April 15:
The person who bought only 1,948 manufactured Porsche 911 Speedster at auction will also have the right to visit Porsche’s Weissach headquarters and meet with Andreas Preuninger, the name behind Porsche GT vehicles. However, the vehicle key will be delivered to the owner by a separate special event by Porsche North American CEO Klaus Zellmer.

The sale, which will start on Wednesday, April 15 and end on Wednesday, April 22, will be organized online by auction company RM Sotheby’s. The auction that will continue for a week will not have a reserve price and the highest bidder will be the owner of the vehicle before the event ends.

What does the Porsche 911 Speedster specially produced for the 70th year offer?
The monster vehicle, which can produce 462 nm torque with 502 horsepower at 9000 rpm with a 4.0 boxer engine, has a 6-speed manual transmission. The fabric covering roof of the vehicle, where carbon fiber material is used extensively in the rear and front fenders, can be opened and closed. Thus, the vehicle takes on a sporty appearance.

The Porsche 911 Speedster, which can reach 0 to 100 kilometers in just 3.8 seconds, is 308 kilometers per hour. At this point, the weight has been reduced in many places to ensure the vehicle’s speed balance, and carbon fiber material has been used almost everywhere, including the doors of the vehicle.

Since the first day of its introduction, the German car manufacturer has managed to win the admiration of luxury car enthusiasts and produced a wristwatch specifically for this model. This watch, which has a carbon fiber alloy dial, also has a leather strap used in the car’s interior design. The winner of the auction will also have the right to have this clock.