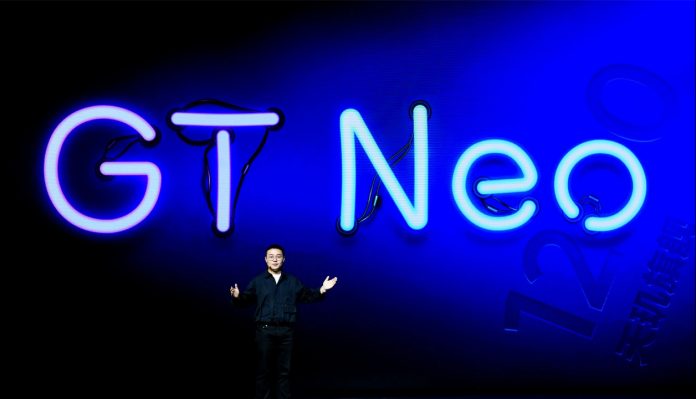 Realme will hold an event on March 31st. We expect to see the Realme GT Neo model at this event. Among the expected features of this phone is the Dimensity 1200 chipset. We also learn that there will be 12 GB RAM option thanks to GeekBench records. Meanwhile, some sources on the Chinese social media site Weibo suggest that we will also see the Realme V13 5G model at the event.

The new V series smartphone will feature a 7nm based Dimensity 700 5G chipset. This is the same processor in the Realme V11 model. However, the V13 model will have four cameras on the back. In the meantime, we will see the screen with camera holes.

The leaked photos show that the Realme V13 5G will come with Android 11 and Realme UI 2.0 above it. The phone seems to be offered with 8 GB of RAM and 128 GB of internal memory.

This phone belonging to the entry segment was also seen in a promotional image. Among the main features on display are a 5000 mAh battery, a 90 Hz refresh rate LCD display and an option of internal memory up to 256 GB.

Realme V13 5G’s Chinese prices are expected to range between 1500-2000 yuan. In addition, it is stated that it will only be sold through physical store channels in this country and will not be sold over the internet.

You Can Install Google Play Store On Huawei Phones With This...