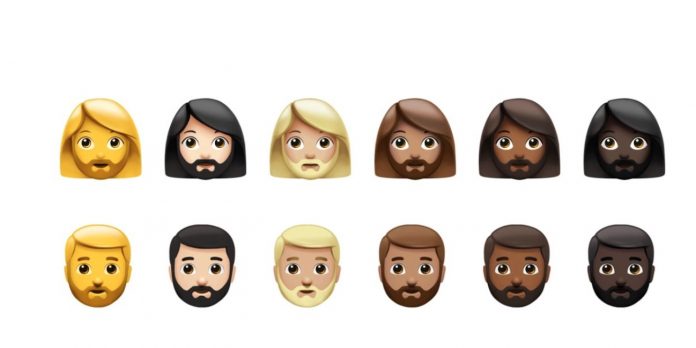 The new developer beta of iOS 14.5 started showing new emojis that will be available to users. When we look at these emojis, we see that users will use a lot of new emojis with the new version. It will be presented to users with new versions with syringe and headphone emojis.

US-based technology giant Apple has been working on iOS 14.5 for a while. The version, tested by the developers, reveals another innovation almost every day. This time, we will talk about new emojis that will be available to users with iOS 14.5. In this context, iOS 14.5 will host two revamped emojis with lots of new emoji.

According to the shares made by the developers, iPhone owners will encounter a renewed headphone emoji with a renewed syringe with iOS 14.5. As might be expected, the new headphone emoji will have a similar appearance to Apple’s AirPod Max. Apple seems to delight users who are bothered by blood by eliminating the blood in the current syringe emoji.

iOS 14.5 supports Emoji version 13.1. This means users can use male and female faces with stubble beards. Of course, these emojis can also be used with different skin colors. However, the only new face emojis in iOS 14.5 are not limited to these. Traditional smiley emojis will also appear with a few new members. Some of these will look like this;

After the release of iOS 14.5, users will be able to use an exhaling face, a smiley with spiral eyes, and a smiley face filled with smoke. Meanwhile, Yıldız Tilbe’s song “My Head Is Smoky” looks like it will officially become an emoji with iOS 14.5. Also, emojis expressing couples will have more options with iOS 14.5.

The new emojis that iOS 14.5 will bring is not limited to this. Users will also be able to use the burning heart and a wrapped heart emoji in the new version. Although the information revealed so far is limited to these, new beta versions can open the door to new emojis.