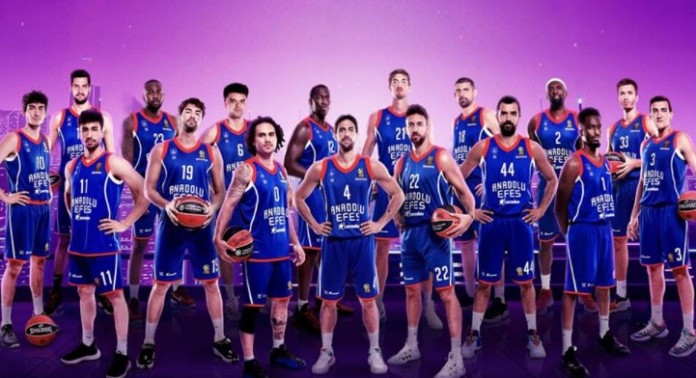 Anadolu Efes became the champion for the second time in a row by beating Real Madrid 58-57 in the final match of Turkish Airlines EuroLeague Final Four.

In the Turkish Airlines EuroLeague, Europe’s giant cup, the defending champion Anadolu Efes once again took the field to defend its title. Ergin Ataman’s students, who beat Olympiacos with Vasilije Micic’s three-pointer in the last second, faced Real Madrid, who managed to overcome the Barcelona obstacle in the Final Four Semi-Finals. Anadolu Efes, who took the floor with the title of the last champion, beat the Spanish giant with a score of 58-57 in the breathtaking match and reached the championship for the second time in a row.

Anadolu Efes started the final match played at Stark Arena in Belgrade, the capital of Serbia, with five of them: Micic, Larkin, Anderson, Moerman and Pleiss. In the first 2 minutes of the match, the defenses of both teams came to the fore, but points could not be produced. Micic scored the first point of Anadolu Efes from the foul line. Real Madrid made the opening with Adam Hanga. The 5-minute part of the first quarter was passed with the mutual points of the two teams, with Anadolu Efes’ superiority of 7-6. Evaluating the attacks that Tavares returned to empty with offensive rebounds, Anadolu Efes responded to Real Madrid with the points of Micic and Larkin. The first quarter ended with Real Madrid’s 15-14 lead.
Both teams started the second quarter of the match with hard defense. The 5-minute part of the quarter was passed with mutual baskets. Stopping Anadolu Efes’ attacks afterward, the Spanish representative increased the difference up to 7 with the points he found in the outside shots. Anadolu Efes, who scored consecutive points with Larkin and Micic and responded to Real Madrid, entered the circuit behind 34-29.

MICIC AND LARKIN ON

Real Madrid’s Walter Tavares finished the first half of the game with 12 points and 7 rebounds, while Anadolu Efes’ Micic and Larkin were the names that kept the team alive. Shane Larkin had 10 points in the first half, while Micic had 13 points.

At the beginning of the third quarter, Anadolu Efes, who had a hard time playing the game it wanted in the attack, could not prevent Real Madrid’s points, and fell back 9 points with 5 minutes left in the quarter. Recovering with Pleiss’s points after the TV break, Anadolu Efes entered the last quarter only 2 points behind.

In the final moments of the third quarter, the nerves were tense between Anadolu Efes’s James Anderson and Real Madrid’s Vincent Poirier. The small scuffle and verbal discussion between the two was ended by the intervening parties before it got too big. Unsportsmanlike fouls were played on both basketball players.

In the final period, which started with mutual mistakes, Anadolu Efes took the lead with Micic’s 3-pointer. Afterwards, Anadolu Efes, responding to Real Madrid’s points with Tibor Pleiss’s effective game in the painted area, entered the last five minutes behind 50-49. He was victorious with a score of 58-57 in the fight, which was fierce until the last minutes and witnessed mutual numbers.