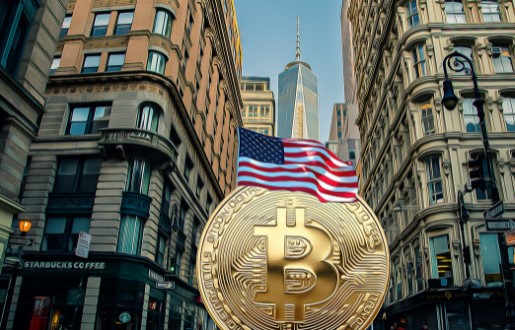 The U.S. Securities and Exchange Commission (SEC) has been receiving applications for approval of bitcoin ETFs for several months. After the approval of the bitcoin futures ETF, more applications for spot ETFs were submitted last year. However, to date, the SEC has rejected all applications. Today, a decision was made on the joint application of Ark Invest and 21Shares.

“The Commission agrees that the BZX proposal, in accordance with the Exchange Act and the Commission’s Code of Practice, complies with the requirements of Section 6(b)(5) of the Exchange Act and, in particular, the SEC’s decision that the rules of the national Stock exchange are “designed to prevent fraud and manipulative actions and practices”, and he wrote that it would be designed “to protect investors and the public interest.” In other words, he decided that favorable market conditions for the Bitcoin Spot ETF had not yet formed.

In early March, the SEC postponed a decision on Spot Bitcoin ETF applications from WisdomTree and One River Asset Management. Prior to that, the commission rejected offers of spot bitcoin ETFs from NYDIG and Global X, as well as applications from Fidelity, First Trust, Kryptoin and Van Eck.

Bloomberg Intelligence analysts expect approval to be received by mid-2023 due to proposals to redefine exchange rules in March. Given the SEC’s rule change, this will lay the groundwork for Bitcoin ETF approval. The regulatory framework of cryptocurrency exchanges will become clear. It is hoped that the presidential decree issued by Biden will also normalize the uncertain legal basis to which cryptocurrencies are subject.

US President Biden wanted to explore the potential risks/benefits of digital dollars and blockchain-based cryptocurrencies. Current regulatory research around the world has not yet reached full maturity. In our country, the relevant institutions continue to work, but investors do not yet know that they will be subject to clear regulations.