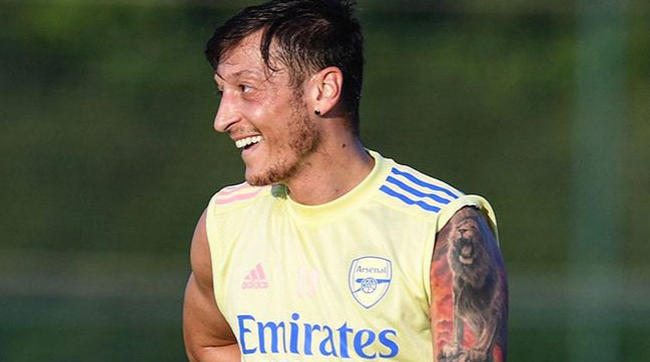 At 19.07, the yellow and blue club tweeted a phrase of the famous superstar Tarkan’s song “I poured roses on my ways” … “Come, Let’s Be Night with Day …”, the song ends with the song “Let’s be happy together”. It is considered certain that the star player, who is expected to come to Istanbul on Monday, sign a contract with Fenerbahçe, especially after this sharing.

THE ANSWER HAS COME FROM MESUT! Shortly after Fenerbahçe’s sharing, the star player also responded to the yellow and navy club.