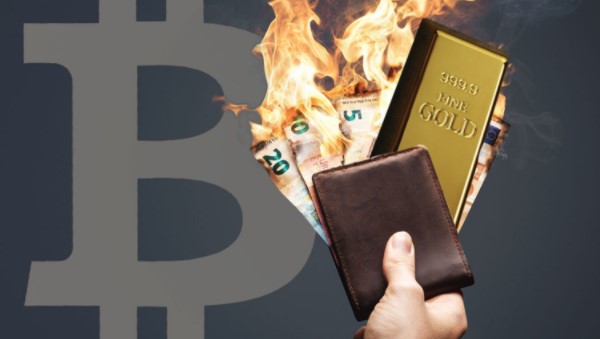 The FOMC minutes of the highly anticipated January FED meeting have been released as of now. After the news, Bitcoin, altcoin and gold prices were affected by the statements in the minutes.

All eyes were on the FOMC minutes of the FED meeting in January. The eagerly awaited minutes have been published recently. The statements in the minutes affected all markets. Bitcoin price rose to the level of $ 44 thousand and the price of gold to $ 1,871. The gold market continues to make solid gains at session highs, as the Federal Reserve stresses rising inflation risk and the need for tighter monetary policy, according to the minutes of its January monetary policy meeting. The following important statements were included in the minutes:

Some respondents commented that high inflation went beyond the sectors most directly affected by these factors, supported in part by strong consumer demand. In addition, various respondents cited other developments that have the potential to put additional upward pressure on inflation, including real wage growth that surpasses productivity gains and increases in housing services prices. Respondents agreed that rising inflation is a burden on U.S. households, especially those who can pay higher prices for essential goods and services.

The minutes further noted, “While discussing why starting to unwind policy compliance may be warranted soon, respondents noted that inflation continued to run well above 2 percent and assessed risks to the inflation outlook in general to the upside.” The gold market is trading at session highs as the Federal Reserve changes its stance on inflation. But according to some market analysts, they may be too late and ineffective to cool consumer prices. Bitcoin price also suddenly jumped above $ 44 thousand with the effect of the news.

The minutes also showed the committee’s readiness to be more aggressive compared to the previous tightening cycle and downsizing the balance sheet, even as it worries about increasing price pressures from the US central bank. The following important statements were included in the minutes:

Most respondents argued that if the economy overall developed in line with the Committee’s expectations, a faster rate of increase in the federal funds rate target range than in the post-2015 period would be warranted. Despite this, participants stressed that the appropriate policy path would depend on economic and financial developments.

Today is the Big Day for These 26 Altcoins: Here’s What...

Another DeFi Project Hacked: These Altcoins Are Affected!