Home Crypto Last Minute Cryptocurrency Ban News from America! Who Does It Cover? 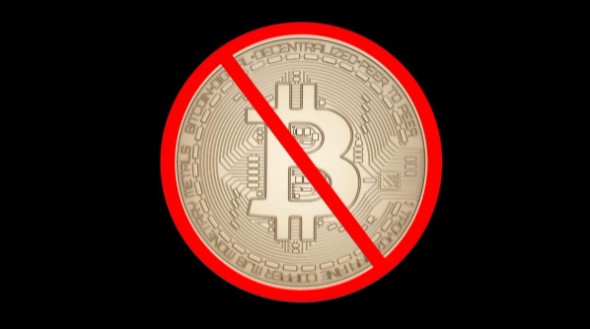 The ban, which was voiced by some deputies last year, came officially. People in this group are now prohibited from investing in cryptocurrencies and many other investment instruments. So which entities and who do the bans cover? Here are the details.

Federal Reserve officials will not be able to trade a range of assets, including stocks and bonds, as well as cryptocurrencies, under new rules that became official on Friday. Following the regulations announced in October, the policy-making Federal Open Market Committee announced that most of the restrictions will go into effect on May 1.

The rules will cover FOMC members, regional bank presidents and a range of other officials, including staff officers, bond desk managers and Fed employees who regularly attend board meetings. Spouses and children will also be covered. The ban covers stocks, bonds and crypto, as well as using commodities, foreign currencies, industry index funds, derivatives, shorts and agency securities or margin debt to buy assets. Congress is discussing a measure that would also restrict its members from owning individual shares, although it has not yet been passed.

Why Did the Ban Come?

The statement also said the rules were intended to “support public confidence in the impartiality and integrity of the Committee’s work, by even protecting against any appearance of conflict of interest.”

Central bank officials took action last year after several senior Fed officials said they were investing in individual stocks and equity funds just before the central bank took sweeping measures to boost the economy in the early days of the COVID-19 pandemic.

The announcement on Friday extended the ban to cryptocurrencies such as Bitcoin that were not mentioned in the original announcement in October. According to the regulations, the officials who still have a market position will still have 12 months to get rid of the prohibited positions. New Fed officials will have six months to do this.

Altcoin Protest Day: What will the price be?

Vikings Valhalla: Who the famous figure Leif Eriksson really was in...