Home Crypto Last Minute: ApeCoin Will Move To One Of These Altcoins! 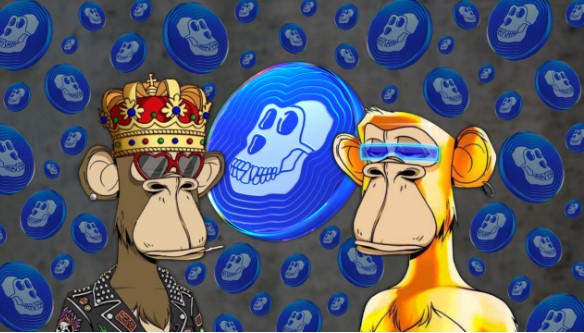 It’s time for Ethereum-based ApeCoin to leave the nest. There were a lot of issues recently when mining metaverse lands. Due to transaction fees, costs of failed transactions, and many more problems, Yuga Labs announced that they had to migrate from Ethereum. New details emerged during the negotiations.

The firm behind the Bored Ape Yacht Club NFT collection is in talks with layer1 aspirants as the project envisions a post-Ethereum future. Avalanche and Flow are among the options. Yuga Labs’ sale of “Otherside” metaverse land resulted in more than $100 million in transaction fees. For the most part, fees were wasted due to transaction errors, and Ape management refunded buyers the balance they spent.

After this incident, both Yuga Labs and ApeCoin DAO board members are considering proposals for the migration of ApeCoin from Ethereum.

ApeCoin To Be Moved

The two suitors are Avalanche and Flow, according to executives at the firms behind both networks. Both blockchains find themselves better suited to host a large-scale NFT ecosystem like the one Yuga is building. Yuga Labs first addressed a potential ApeCoin transition at the end of a Twitter thread on April 30 and invited the decentralized autonomous organization (DAO) of APE holders to consider it as a possibility.

A source familiar with the ApeCoin Foundation said the board had not previously considered switching to a different layer1 (Ethereum killer projects), but the tweet sparked discussions among DAO members about an ongoing move. According to the source, the DAO board of directors does not “actively shop” for new chains, but accepts responsibility for meeting the DAO’s wishes, including chain switching if a proposal is to be voted on.

ApeCoin board members include Reddit co-founder Alex Ohanian, Animoca Brands president Yat Siu, and FTX’s head of gaming Amy Wu. Since its inception in March, the DAO has so far voted on 11 different proposals.

Kevin Sekniqi, co-founder and COO of Ava Labs, said in an interview, “We’ve had some early conversations with Yuga about subnets, and we’re definitely ready to make our move. “We’ve all seen it with land sales, NFT ecosystems of this size need to exist in a scalable environment,” he said.

“We had some conversations with people who are board members of ApeCoin DAO and I think it will come to a vote. CryptoKitties faced similar challenges and I think it would be a great home for Flow (ApeCoin)”.