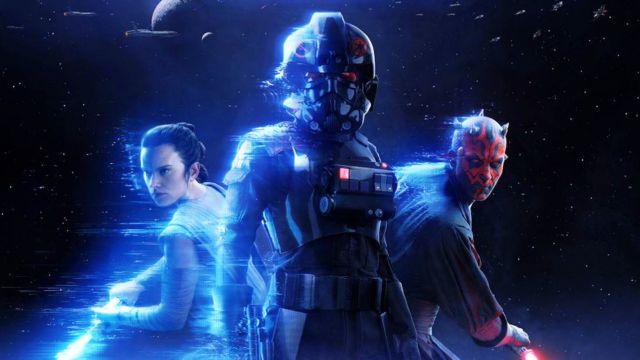 The EA DICE title can be obtained totally free for users of the Epic Games Store until the afternoon of this Thursday, January 21, 2021.

Today, January 21, 2021, is the last day to download Star Wars Battlefront II: Celebration Edition totally free in its PC version through the Epic Games Store. Quite a surprise for computer gamers at the beginning of the year, but a certainty: there is no small print. If you stick to the dates, it’s yours. Forever. The rotation of Epic will happen this afternoon, so we recommend that you hurry if you have not yet added the game to your library.

Star Wars Battlefront II: Celebration Edition, which includes all free paid add-on content released from launch through the end of 2019, is free on the Epic Games Store from January 14 at 5:00 p.m. to January 21 at 4:59 PM (CET). From that moment on, the rotation will give way to Galactic Civilizations III and, as a consequence, the now protagonist title will no longer be free for registered users on the Epic Games Store.

The future of Star Wars in the world of video games

Such has been the barrage of downloads in recent days that the game’s servers crashed, a sign that interest in this title, especially due to its large and improved multiplayer mode, continues to be evident among the fan community in the middle of 2021, more three years after the title’s original release.

And what about the future? For those who are curious about the future of the brand in the video game sector, the two main major projects underway are, on the one hand, the recently announced title of Ubisoft Massive, creators of The Division, with no date or confirmed platform. On the other, EA itself: they continue to make Star Wars games. If it is a new installment of the Jedi Fallen Order series, Battlefront or another title it is something that we will know soon.

In this article we review everything that the more than seven years of relationship between Electronic Arts and Star Wars have given of themselves.

Over-sensitive: Honor V40 has one of the touch sensors