Home Sport Laso: “It is one of the most difficult exits of the Euroleague” 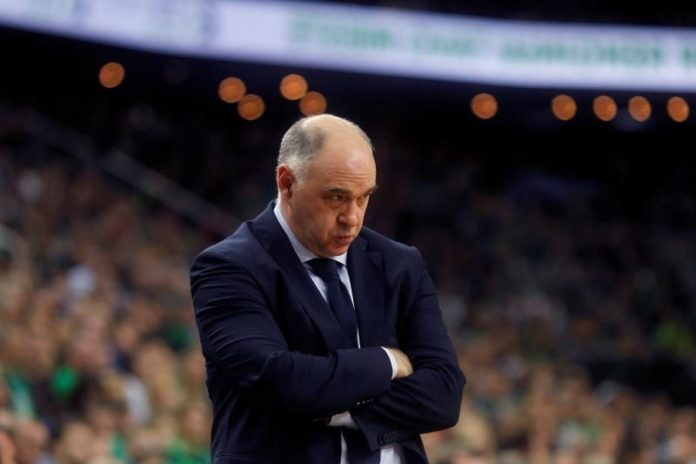 Pablo Laso, coach of Real Madrid, did not hesitate to qualify the visit to Istanbul to play against Anadolu Efes as “one of the most difficult exits of the Euroleague”, although he showed his confidence in the team that will travel without Felipe Reyes, Salah Mejri and Trey Thompkins.

“The Efes is a Final to Four team, as demonstrated last year, and we know that it is one of the most difficult exits of the Euroleague. It has great players and they have found a style of play that makes them very dangerous,” he said Laso

“Salah is recovering and has not yet been able to train fully with the group, and we leave here Trey, who is almost ready, and Felipe, something that we are going to have to value during the season. There are many games, many trips and we have to see what we have ahead of us. On Sunday we have another game and on Wednesday and Friday and the following Sunday, “explained the coach.

Vasilije Micic and Shane Larkin are in great danger.

“The important thing is that we are able to make a good team defense. If you stop Micic and Larkin you still find yourself in the rebound. The good thing they have is that they play well together, Larkin plays more liberated than in Baskonia and the fact of Micic makes him take more shots. Micic creates a lot of play and is also capable of scoring. It’s always good to have two points for scoring and game creation, “he said.

The defeat in Kaunas, against Zalgiris, was the first of the season.

“In Kaunas we did not play a good game. Facu failed a tray to put us 7 up, but if he had put it in and we had won it would not have been all right. We should think about growing up little by little as a team. Losing in Kaunas will fuck you, but also I appreciate the quick reaction of having a good game in Santiago being able to face in just 48 hours, “he said.

Last season Madrid was the best team in defensive rebounds and in what we have been campaigning the team is capturing 6 rebounds less than average in defense.

“I am relatively worried because we have only three games and it is very little. This in January or February would be something else. We played at a high pace and having played against Fenerbahce and Maccabi has caused us to have fewer possessions. It is very soon, but it is true that for us it is key to be solid defensively because that means recovering the ball and bouncing. It is something that we must improve, “concluded Pablo Laso.