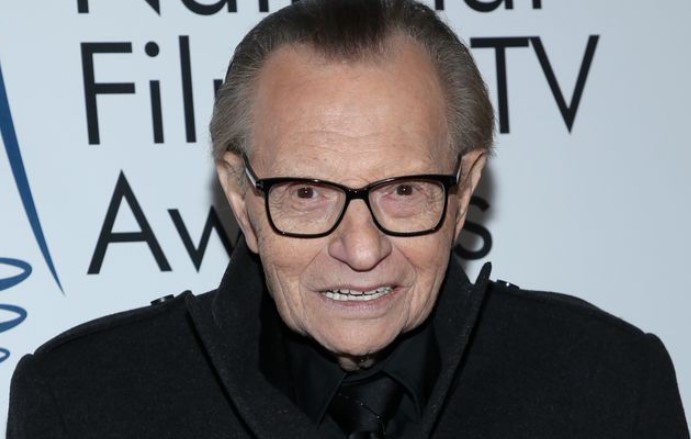 Larry King (87) is on the mend! Right at the start of the new year, shocking news about the US talk show star made the rounds: The journalist tested positive for Covid-19 and was admitted to a hospital in Los Angeles for inpatient treatment. Due to the precautionary measures in force there, the sick moderator was not allowed to receive any visits from his loved ones. Now, however, a small ray of hope follows: Larry was allowed to leave the intensive care unit!

As the US news channel NBC announced , Larry was transferred from the intensive care unit of the Cedars-Sinai Medical Center in LA last Sunday after more than ten days. However, the 87-year-old is still under medical observation in the clinic. Apparently, Larry is said to have contracted the infection from a health worker who visited him at home every day to see if everything was going well. In the meantime, one of Larry’s son has also been infected with the currently rampant virus.

Larry is one of the risk patients not only because of his advanced age, but also especially because of his health . TV icon has not only suffered from diabetes for years, but has also suffered a heart attack and defeated prostate and lung cancer. Since 2020, Larry has also been struggling with the consequences of his stroke.