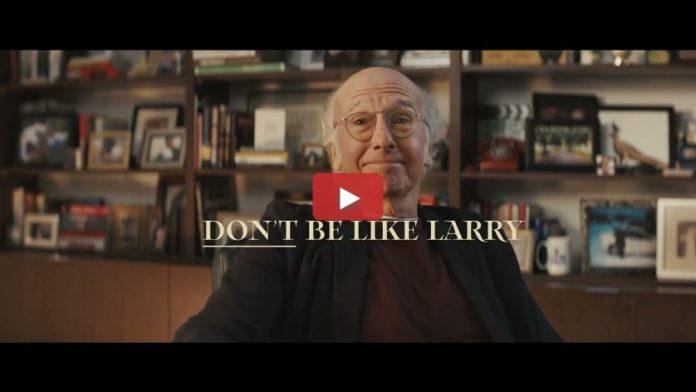 What just happened? Remember all the protests when Larry David appeared in a Super Bowl commercial for the now-collapsed FTX crypto exchange? The comedian probably would also like to never take part in advertising, given that he is one of several celebrities named in the lawsuit against the former CEO of the platform, Sam Bankman-Fried.

The collapse of FTX earlier this month rocked the crypto industry. After traders withdrew $6 billion from the platform in three days following news of the FTC investigation into FTX’s improper handling of withdrawal requests and Binance’s rejection of the merger deal, the company filed for Chapter 11 bankruptcy protection in the United States on Friday.

Larry David was sued for an advertisement in which he renounced cryptocurrency, this is very Larry David

— Paul S. (@pauls551) November 16, 2022
The lawsuit alleges that FTX was a Ponzi scheme targeting “unsophisticated investors from all over the country” and that clients suffered $11 billion in damages. It adds that “part of the scheme used by FTX organizations involved using some of the biggest names in sports and entertainment, such as these Defendants, to raise funds and encourage American consumers to invest in [income-generating accounts] that were offered. and are sold mostly from FTX Entities’ internal operating base here in Miami, Florida, investing billions of dollars in the Deceptive FTX platform to keep the whole scheme afloat.”

According to The Guardian, some of the former celebrities supporting FTX are trying to distance themselves from the company. Brady deleted several tweets labeled as Bankman-Fried from the company’s Crypto Bahamas conference. Elsewhere, the Miami Heat announced that its home arena, which has been called FTX Arena since June 2021, will receive a new name.

Bankman-Fried resigned as CEO on November 11. FTX tweeted that he does not play a permanent role at the firm and does not speak on its behalf.

Today Genesis Global Capital, the credit business of @GenesisTrading, made the difficult decision to temporarily suspend the repayment and issuance of new loans.

— Digital Currency Group (@DCGco) November 16, 2022
The collapse of FTX prompted Treasury Secretary Janet Yellen to call for more effective supervision of the cryptocurrency market. It also led to Genesis Global Capital suspending customer buybacks in its lending business yesterday. Bitcoin, meanwhile, has fallen 20% this month and at the time of writing was around $16,500. Almost exactly a year ago, BTC reached a historic high of $68,789.