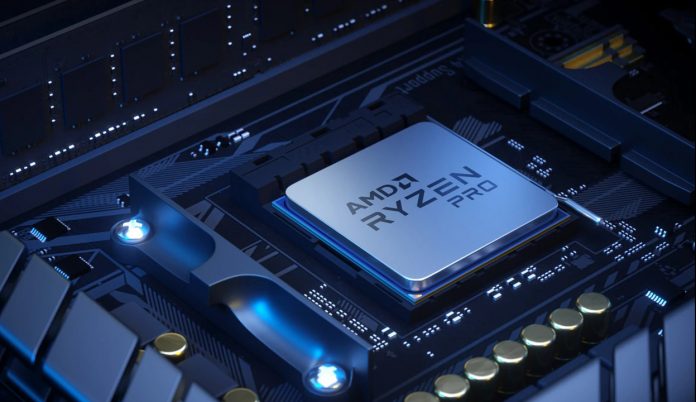 Ryzen Pro 5000 series mobile processors will deliver uncompromising performance and battery life for thin and light business laptops. These are expected to come in business-oriented products of various companies such as Elitebook, Probook, ThinkPad, ThinkBook.

These new processors are quite similar to the Ryzen 5000 series counterparts on paper. The leading option Ryzen 7 Pro 5850U has features such as eight cores, 16 threads, 20 MB buffer memory and 1.9 GHz base operating frequency that can be increased to 4.4 GHz.

AMD’s Ryzen series currently only includes processors for thin and light notebooks using eight high-performance cores. In Intel’s Tiger Lake vPro series, only quad-core processor options are available. However, an H-series eight-core chip is said to be on the way. Meanwhile, the Apple M1 chip uses high performance and high efficiency cores together.

These new chips will also offer businesses some new security features. Among them is a layer called Shadow Stack that protects against malware attacks. In addition, AMD states that the new chips will offer better security protection by having deep integration with Microsoft and OEMs. On the other hand, these PCs also have FIPS encryption certificate.

In addition to all these, the new chips also include AMD’s Pro Manageability platform. It can be described as a rival platform to Intel’s Active Management Technology and offers complete manageability features. Like the Ryzen Pro 4000 series, the 5000 series supports Microsoft’s Endpoint Manager platform. This platform also allows IT staff to manage PCs, servers and other devices within their organization.