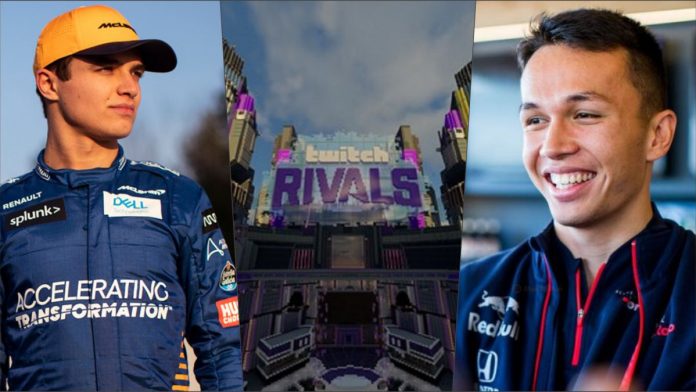 Lando Norris and his friends will compete in Minecraft alongside “the best streamers” in the next edition of Twitch Rivals. Date, time and guests.

Several personalities from the world of motorsport will meet in a new edition of Twitch Rivals. Lando Norris, Alexander Albon and Max Feewtrell will compete in Minecraft for a prize of $ 25,000 with charitable reasons. It will be on March 3 at 19:00 CET.

In addition to the drivers, the four teams will be made up of some friends and several of the “best streamers” on the platform, as revealed by Steven Fisler, director of esports and content production at Twitch. “We are delighted to be able to partner with our best streamers, Lando and his friends, who are some of the best pilots in the world, in this event focused on Minecraft,” says Fisler, who promises an event “like no other.”

The competition, which will borrow the setting from the popular Mojang game, will result in a custom map in which teams will earn points by competing in 3 minigames. These tests have been designed specifically for the event, so it is unknown what the proposal will be. When finished, the two best teams will face off in a final head-to-head by the same trio.

For those who do not know the main faces of the poster, the three are part of the universe of Formula 1, which will begin its 2021 season this same month of March. Lando Norris will compete alongside Daniel Ricciardo under the McLaren team umbrella. Carlos Sainz’s former partner is one of the rough diamonds on the grid. Grid where Alexander Albon will not be, whose seat in the red bull has passed into the hands of Sergio Pérez. However, the Thai does not leave the team: he will be a reserve driver at Red Bull, which he will combine with his participation in the German DTM touring car series (Deutsche Tourenwagen Masters) under the colors of AlphaTauri.

Bitcoin Breaks Record Against The Dollar