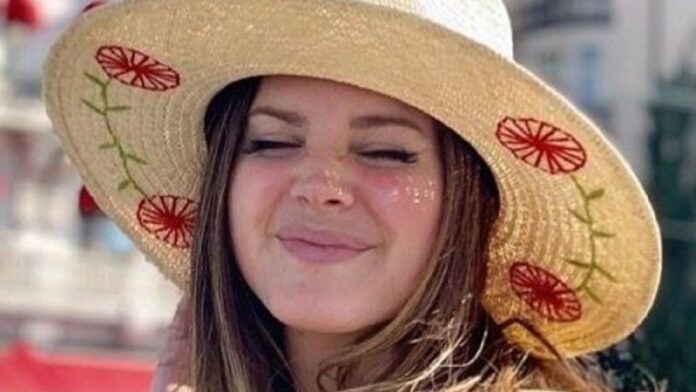 Lana del Rey reappeared on social networks and through an extensive message announced to her followers the release of a new studio album titled Violet Bent Backwards Over The Grass and that will hit the market on September 5 this year. The statement was accompanied by a series of strong statements against the music industry and some artists who on many occasions have accused their music of “beautifying abuse.”

The 6-time Grammy nominee achieved fame in 2012 with the release of her album Born To Die , which has sold over 10 million copies worldwide, after which she released 4 more albums, the latest being Norman Fucking Rockwell! released just last year, the album was a best seller. Del Rey is known for her vintage style and for portraying in her songs experiences of abusive relationships.

The style of the New York artist has been criticized on several occasions , because according to many her lyrics constantly refer to various types of abuse, but accompanied by beautiful phrases and words, which downplays something so delicate. by several singers declared feminist.

In the statement through her instagram account, Lana Del Rey explodes and dedicates a few words to her critics. The 34-year-old artist defended herself by ensuring that she has never sought to normalize abuse with her lyrics, but on the contrary, she has tried to be as open and honest as possible about it, exposing her own experiences. She also adds that when other artists like Beyonce, Ariana Grande, Nicki Minaj, Camila Cabello, or Cardi B talk about sensuality, cheating and having sex, no one criticizes them.

Finally, the author of Young and Beautiful , defends herself against those who label her as anti-feminist, because although she does not consider herself active in the movement, she supports the cause in her own way, since she defines herself as a glamorous and delicate woman that exposes in her lyrics real life problems and situations.