Home Celebrity Lana Del Rey defends herself from being racist after her controversial rant! 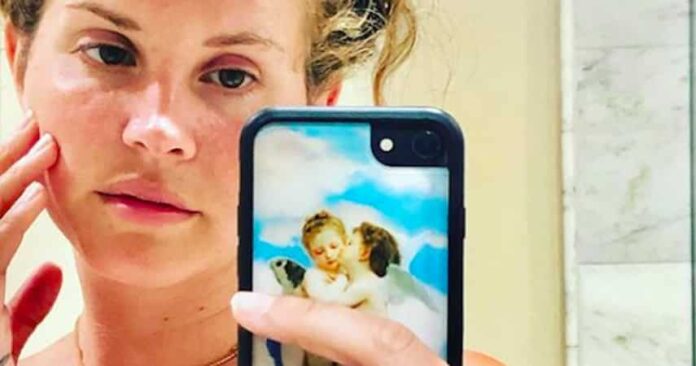 On her Instagram account, Lana Del Rey pushed a big rage where she denied to her fans that she was a racist!

On social networks, fans are on the lookout for the slightest mistake on the part of certain personalities. Recently, Lana Del Rey defended herself after a subscriber told her that she was racist.

Last week, Lana Del Rey shared a message on social media that she said she received a double standard in music. Some then accused her of “glamorizing abuse” in her songs.

It didn’t take less for critics to hit the social media. No less than 1.7 million people saw this message on Lana Del Rey.

On his Instagram account, the artist then spoke on the subject. She said, “I don’t want to drag on this post. But I just want to remind you that in my previous publication, the one and only statement I ever made was about the feminist movement’s need for fragility. ”

FANS ACCUSED LANA DEL REY OF BEING RACIST
Lana Del Rey also added: “And when I talked about women who look like me, I didn’t mean white women like me. I wanted to talk about the kind of women that others don’t believe because they think we deserve what we go through. ”

The singer also revealed: “(…) I just want to say, to all the other women who are like me – good girls, well-intentioned, who are often criticized by culture just because you say what you really think – I am with you. ”

She also said, “And I feel like you. And I’m super strong, you know. I’m sorry I didn’t add a 100% Caucasian person to the list of women I admire. But it really says more about you than me. ”

Finally, she concluded: This is the very first time that I have decided to tell you about my life. Or this fragility. (…) And I only have messages like ‘kind of fucking white slut’. But it’s not going to stop me, period. “

Miley Cyrus teams up with Demi Lovato to cheer on her...