Home Tech Lamborghini Has Introduced The Urus Performance SUV! Here Is The Price And... 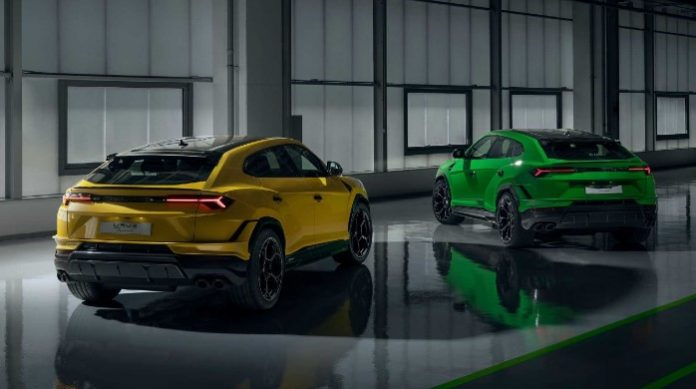 Lamborghini has unveiled its new Urus Performante SUV. The new 657 hp model attracted attention because it was more powerful and lighter than the standard Urus.

Lamborghini, an Italian supercar brand, has released a high-performance Urus SUV model in recent years. This car, which decorated the dreams of motorists from the day of its release, dazzled with its design and attracted attention with its characteristics. With the growing interest in SUVs around the world, Urus has managed to become one of the best-selling Lamborghini models.

Lamborghini unveiled a new version of the Urus at Monterey Car Week. This new car, dubbed the Lamborghini Urus Performante, is designed to become one of the fastest SUV models in the world due to its characteristics. The price of this luxury car, as you can imagine, is worthy of a pocket.

The Urus Performante seems to be more powerful than the standard Urus. The car will be equipped with a 4.0-liter V8 engine with dual turbocharging and 657 horsepower. This shows an increase in power by 16 horsepower.

This is not the end of the improvements in the characteristics of an all-wheel drive car. Lamborghini has made the Urus Performante 47 kg lighter than other Urus models to provide better overall performance. It should also be noted that the car has a torque of 850 Nm, like others.

As a result of improvements in the Urus Performante, the car has become much faster. Accordingly, the car can accelerate from 0 to 100 kilometers in 3.3 seconds, which is 0.3 seconds faster than its counterparts. It is stated that the maximum speed of the Urus Perfomante is 306 km/h.

It can also be said that a car with 22-inch wheels shod in Pirelli Trofeo R tires looks more aggressive. It is reported that carbon fiber is used in many parts of the Urus Performante, such as the roof, front and rear bumpers. Those touches on the car, the big rear spoiler, the black accents also make us look tougher than a regular Urus. In addition, it is stated that changing the rear wing provides downforce by 8% more.

The car will have a “rally mode”.

It is also reported that the modes (such as sports, racing, road) in Urus have been redesigned for Performante, and Rally mode has been added as an additional one. We also add that the distance of the car falling from 100 km to 0 decreased from 33.7 meters to 32.9 meters thanks to the brakes.

As for the interior design, it stands out because areas such as seats, doors and ceiling were designed specifically for Performante. In addition, there is information about a particular car on the dashboard and infotainment screen. Finally, a Lamborghini program called Ad Personam allows drivers to personalize the car.

So what will be the price of the new Urus Performante?

Let’s look at the price of the car. According to the auto giant, the car, whose deliveries will begin at the end of this year, will have a starting price of $ 260,000.

Xiaomi Responded To The ‘trash’ Call!