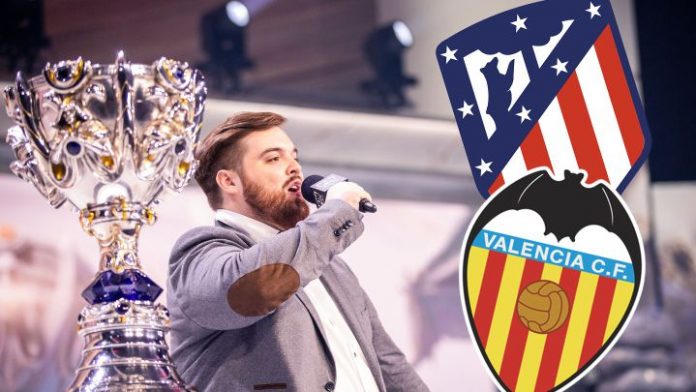 LaLiga is in one of its most interesting moments. We are on matchday 19, just halfway through the competition and everything is going as normal to which the presence of COVID-19 has accustomed us. The games are held without an audience, so there is no other choice but to watch the game through the services of Movistar + and in the comfort of your home. But on matchday 20 a surprise awaits and it is that Ibai Llanos will comment on the Atlético-Valencia meeting in Movistar +.

If we talk to you about Dani Garrido from Carrusel Deportivo, you will surely give him a voice and a face. Some voices such as Maldini or Carlos Martínez will also sound like you if you watch Movistar +, which in fact are the channel’s regular commentators in LaLiga matches. But maybe the name Ibai Llanos sounds a bit familiar or is new to you. This is the new service signing for the next Movistar + match on Sunday 24 Atlético – Valencia.

The meeting between the leader of the table, with two games less, and the 14th classified will have an extra voice to choose from. And it is that Llanos is one of the most influential characters among the youngest, an important reason for young people to become fond of the beautiful sport at the hands of one of their idols. In fact, the taste that the young man from Vizcaya has for sports is known, so much so that he has also collaborated on other occasions such as Real Madrid-Atlético de Madrid and Barcelona-Athletic in both 2018, one done in El Chiringuito and the other in Onda Vasca respectively.

Who is Ibai Llanos?

His name may at least be familiar to you, especially if you consume entertainment content on Twitch or YouTube. If this is not the case, surely if you ask any young person between 10 (even less) and 30 years old he will ask you if you have really never listened to him and in some cases they will clarify that he is his idol. It is not for less, since since 2014 he has been linked to the world of electronic sports, especially League of Legends, and he is known for the show that he gives as a commentator.

Its repercussion has gone beyond eSports, offering its content on its Twitch channel and in which the bells of 2020 stand out. To give you an idea of ​​its influence, only the live one that Llanos did on the streaming platform of Amazon reached 546,000 people live and accumulates no less than 5.4 million views in less than a day.

iPhone Manufacturer Foxconn Tells Employees Not To Go to Work Due...