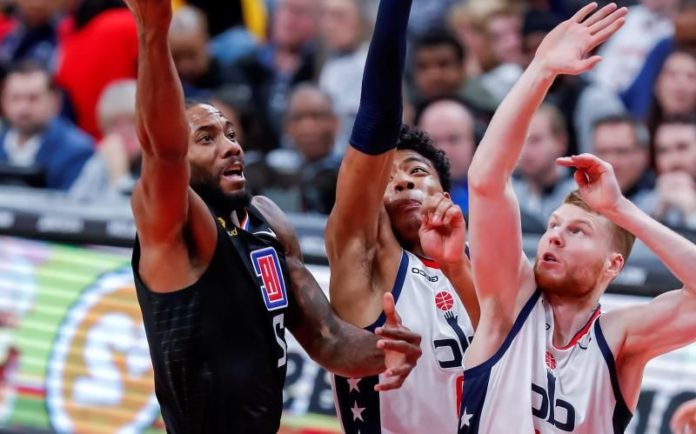 New harrowing exhibition of Los Angeles Lakers that remained triumphant and alone recovered the best brand in the league at the end of the last day of the NBA.

The one that also left the new mark of Slovenian base Luka Doncic, which surpassed one of those that were held by the legendary Michael Jordan, and the Philadelphia Sixers remain undefeated in their field.

Power forward Anthony Davis contributed 50 points – best mark of the season – as the undisputed leader of the Lakes attack who won the Minnesota Timberwolves 142-125 and achieved the fourth straight win.

Along with Davis, who managed for the fourth time as a professional to reach 50 points, he also got seven rebounds, six assists, four ball recoveries and a cap.

Lebron James, in turn, finished the game with a double-double of 32 points, 13 assists and four rebounds, despite having had personal problems after committing four in the first half.

The game had no more history than to prove the permanent dominance of the Lakers, who have won 14 games in the last 15 they have played.

Doncic could not enjoy the victory as his team, the Dallas Mavericks, lost 106-110 in their field to the Sacramento Kings and ended a streak of five straight wins. At 20, and with just one season and a quarter in the NBA, Doncic beat the Jordan mark after finishing 19 straight games with 20 or more points, five rebounds and five assists.

While the Mavericks with a 16-7 mark are still leading the Southwest Division, with half a game of advantage over the Houston Rockets (15-7), who had a rest day.

The forward Kawhi Leonard contributed a double-double of 34 points and 11 rebounds and the Los Angeles Clippers recovered from their worst defeat of the season by beating at home 119-135 to Washington Wizards.

The forward Paul George contributed 27 points and the pivot Montrezl Harrell added nine of his 20 goals in the fourth period by the Clippers, who improved their mark to 4-6 in games played away from home.

The forward Tobias Harris scored 26 points and rookie guard Matisse Thybulle had 20 goals – best professional mark – including a pair of free throws with 23 seconds left to play that allowed the Sixers to beat the Toronto Raptors 110-104 and keep the Unbeaten 12-0 in games played in their field.

The Australian baseman Ben Simmons had 16 points, 11 rebounds and nine assists a day after scoring 34 points – best professional brand -, which included his second triple in the NBA.

Another baseman, Kyle Lowry, who played his second game after losing 11 straight with a broken left thumb, scored 26 points and the English forward OG Anunoby contributed a double-double of 19 goals and 10 rebounds for the Raptors, the current champions League, who have lost three consecutive games.

Rookie guard Tyler Herro scored 27 points, including a triple to take the lead with 38.2 seconds in extra time and the Miami Heat won 110-105 to the Chicago Bulls.

Miami improved to 3-0 in extra games so far this season and is 10-0 at home for the first time in franchise history.

Finnish power forward Lauri Markkanen had 13 of his 22 points in the third period and the Bulls, who also received support from escort Zach LaVine (18 points) and 16 from base Kris Dunn.

Base Spencer Dinwiddie scored 24 points and the Brooklyn Nets beat the Denver Nuggets on Sunday 105-102 and accumulated their third straight win.

Denver had the opportunity to force overtime, but Canadian baseman Jamal Murray failed a three-fold attempt when regulation time expired.

The pivot Jarrett Allen achieved a double-double of 19 goals and 11 rebounds for Brooklyn. The stellar base of the Nets, Kyrie Irving, missed his twelfth game in a row due to an injury to his right shoulder.

Serbian center Nikola Jokic contributed a double-double of 24 points and 11 rebounds as leader of the Nuggets and Murray contributed 21 points, but they could not avoid Denver’s second consecutive defeat.

German baseman Dennis Schroder and Canadian Shai Gilgeous-Alexander each scored 21 points and the Oklahoma City Thunder won home 96-108 against the Portland Trail Blazers in the first game of a four-way tour.