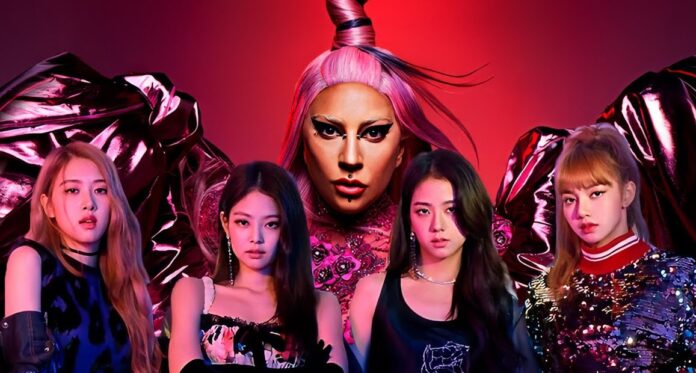 Lady Gaga and BLACKPINK unleash theories with the Sour Candy. The video caught fans of these artists by surprise and sparked different theories about the story it portrays.

The BLINKs are getting more excited about the release of BLACKPINK’s new album , but before that happens, Lady Gaga revealed another surprise of their collaboration alongside the YG Entertainment girls by releasing the Lyric video for Sour Candy .

The video refers us to a video game setting, where 4 different colored figures fly from one side to the other. The focus is on a different figure each time one of the BLACKPINK girls starts singing, so it is implied that each figure represents one of the members of the group.

At the top we see the identifier of who is singing along with a photo and it is in this space that the verses of the song are shown. Something that caught our attention is that next to the identifier an icon appears that changes depending on who the voice is that we heard at the time, which unleashed a large number of theories .

You will probably remember that during the video of Lady Gaga’s Rain On Me with Ariana Grande , each one has people next to her who wear similar colors, the Lady Gaga team dresses in pink and Ariana’s team in lilac. According to theories, this story is connected to the Sour Candy Lyric video, which is why fans suspect that each BLACKPINK member belonged to a different ‘ tribe ‘ in the universe created for the Chromatica album.

If so, Rosé would belong to the Kindness punk tribe, Jennie to Freedom fighters, Lisa to Cyber ​​Kids and Jisoo would be on the same team as Ariana Grande, although the name for this tribe is still unknown. Did you suspect?

After this release, fans of these artists have begun to consider that a music video for Sour Candy possibly exists , so they look forward to the next updates.

Meanwhile, the date for BLACKPINK’s comeback is getting closer and the girls premiered a new reality show to increase their fans’ excitement.

Check out the Lyric Video of Sour Candy below:

Cole Sprouse (Riverdale) looks a lot like his parents!