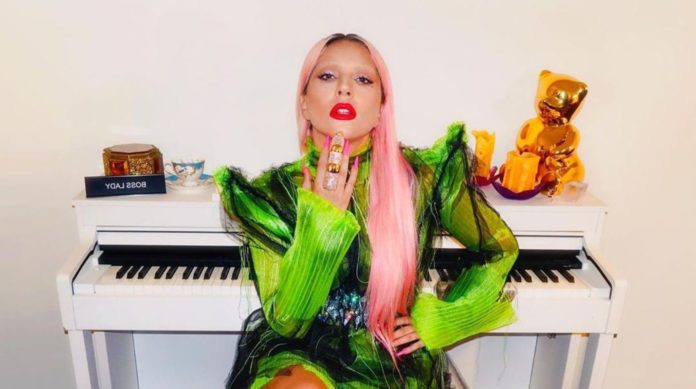 The singer is ready to return to music with her sixth studio album.

Are you ready for the iconic return of Lady Gaga ? Three years after the release of her album ‘ Joanne ‘, the interpreter of hits like ‘ Bad Romance ‘ is about to welcome a new era in her musical career.

Having spent several months in the studio working on her sixth album , Lady Gaga finally revealed to her fans the news they were waiting for so much: her new single ‘ Stupid Love ‘ already has a release date . Continue reading to know all the details .

Lady Gaga returned to Instagram to update her profile with a couple of photos that shocked her fans. The singer shared a snapshot of a spectacular with the cover of her new single ‘ Stupid Love ‘ and added in the description that on Friday, February 28 at midnight will be the premiere of her next success, which will be nothing more and nothing Less than a ballad.

Several months ago, the singer was a victim of the filtering of a fragment of ‘ Stupid Love ‘, so several of her followers had the opportunity to hear how her new single sounds . At the time, Lady Gaga only asked the people who did this to stop.

However, the end has come the time when we can hear the new song of Lady Gaga complete. Yaay! The singer’s fans have expressed their emotion through social networks and funny memes and reactions were swift.

Are you ready to listen to ‘ Stupid Love ‘ for the first (or second) time?