Home Entertainment Lady Dimitrescu Comes To Life; This Is The Cosplay Of The Actress... 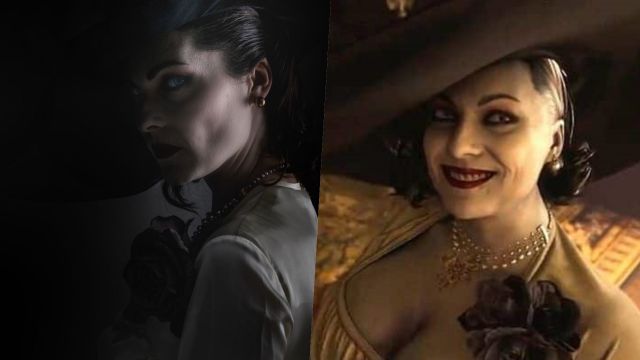 Lady Dimitrescu: Helena Mankowska, the actress who was portrayed to create Lady Dimitrescu, thanks the support of the game’s fans and wears a spectacular cosplay. Resident Evil 8 Village is one of the titles of the moment, and much of its success is due to Lady Dimitrescu, one of the most charismatic villains in the game. In the company of her daughters, the imposing woman chases Ethan Winters the length and breadth of her castle. During the last weeks we have seen several cosplay based on her, but none is as realistic as the one made by Helena Mankowska, the Polish actress and model who put a face on her character.

In addition, he also wanted to thank the support he has received from the followers of the game: “I am so happy that I want to share with you what some of you already knew: my face was captured digitally to give rise to this beloved character” Mankowska comments on his Instagram account.

The eighth installment of one of the quintessential sagas of horror in video games debuted just two weeks ago and has become a real success: it has already managed to sell three million copies. The story continues the events that occurred in Resident Evil 7 and puts us at the controls of Ethan Winters, who must explore a cursed town while looking for his daughter Rose and following the trail of Chris Redfield.

In our analysis (8.3 / 10), we said that it is “an adventure that convinces, that we like, but that is far from being the definitive Survival Horror” and that “it is a very good game, but its main enemy is comparison with those who precede him ”. In addition, we highlighted that it is an “intense game, because its moments of action are well managed and because although it is not a technical marvel, at the sound level it is exceptional and the artistic direction leaves places for the memory”.