Home Entertainment Lady Dimitrescu Arrives In Skyrim Thanks To A Mod 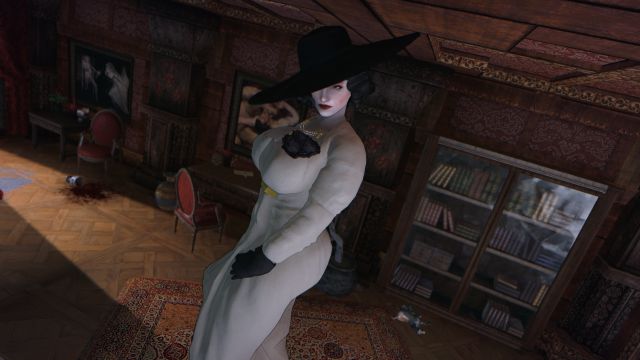 Lady Dimitrescu: The furor for the antagonist witch of Capcom’s newest continues among fans, which is why modders are taking her to other games. We witnessed an epic duel between Lady Dimitrescu and Kratos from God of War; We also saw Chris’s head on the body of a baby, a picture that causes real nightmares. Mods have not stopped appearing, and not only for Resident Evil Village, the new installment in Capcom’s survival horror saga. Alcina Dimitrescu became the big star of the video game before it even went on sale. Hand in hand with mooder Jinxxed, she now makes her debut in The Elder Scrolls V: Skyrim.

As can be seen in the images, her design is adapted to the style of Bethesda’s role-playing video game, although her features and her clothes are unmistakable. The gigantic creature, which measures almost three meters, occupies much of the screen and is about to have her head hit the ceiling. The settings, meanwhile, are reminiscent of her beautiful castle, beautiful inside, although with hidden dark dungeons.

Who is Lady Dimitrescu?

Throughout the marketing campaign, Lady Dimitrescu has had a preponderant presence, perhaps due to the reaction of her followers, who have not stopped talking about her. She lives in the castle near the cursed village, together with her beloved daughters. However, despite her power, she is not the woman who rules the entire area. She is one of Madre Miranda’s lieutenants, a non-biological daughter of this mysterious being. When Dimistrescu meets Ethan, her goal is none other than to end her life.

Resident Evil Village is available on PS4, PS5, Xbox One, Xbox Series X, Xbox Series S, PC, and Google Stadia. The title includes the classic Mercenaries Mode and also the multiplayer video game Resident Evil Re: Verse, which will be made available to players next summer.

League of Legends Wild Rift: How to Resist Pike