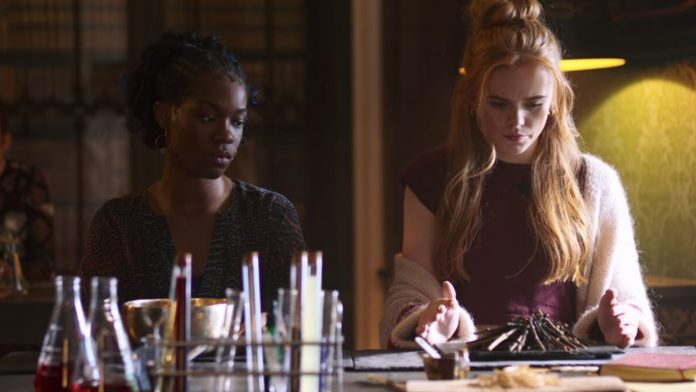 Fate: The Winx Saga takes great liberties with Winx’s tone, setting, and story, creating a series that is intended for a much larger audience and that, in many ways, feels completely independent from its predecessor.

Before Fate: The Winx Saga was released on Netflix, it was embroiled in a controversy surrounding a dispute with the Winx Club and two of the cartoon’s characters such as Musa and Flora that has drawn criticism for the lack of diversity.

Flora is briefly mentioned as Terra’s cousin, but does not appear in the first season of Fate: The Winx Saga while Musa (Elisha Applebaum) was inspired by the Chinese-American actress Lucy Liu.

Many have praised the addition of Terra (Eliot Salt) into Fate: The Winx Saga for introducing much-needed body positivity and size diversity to the Winx world.

However, the changes to Fate: The Winx Saga have sparked understandable fan frustration for excluding some of the racial representation from the Winx Club cartoon.

Hopefully, if Fate: The Winx Saga season 2 happens, Flora can make a proper comeback and the cast can start to look like the group that fans have come to expect from Winx.

Aside from those changes, Fate: The Winx Saga also makes some other notable changes to the characters from the original cartoon. Riven (Freddie Thorp) is not so mildly villainous in the cartoon and Stella (Hannah van der Westhuysen) is no stranger in the cartoon.

Director Farah Dowling (Eve Best) from Fate: The Winx Saga is based on director Faragonda from the cartoon, and Bloom’s adoptive parents, Mike and Vanessa, are the same on both shows.

See Also
How could the series actually show Tecna